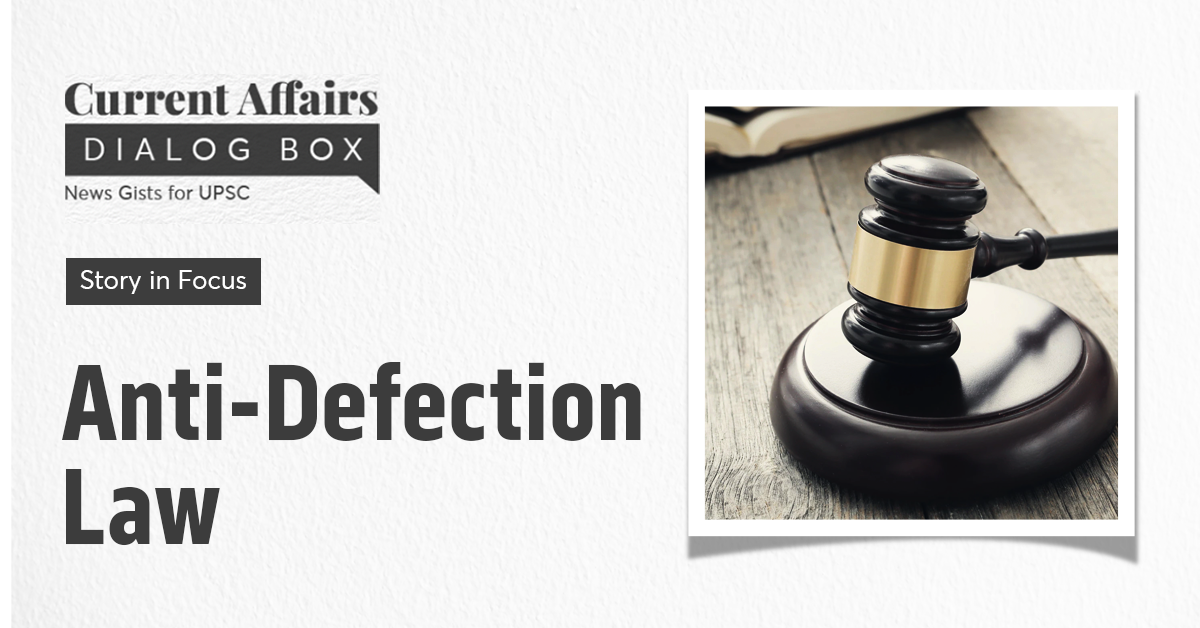 Here’s our today’s edition of the Current Affairs Dialog box, wherein we will discuss the Anti-Defection Law in detail. Read further to upgrade your UPSC exam preparation and find the topic’s relevance to the UPSC CSE syllabus.

Recently, the Vice-President of India has said that the time has come to amend the anti-defection legislation in the country to plug existing loopholes.

What are the grounds for disqualification under the anti-defection law? Do you think it is used by the political parties to stifle dissent?

The disqualification on the ground of defection does not apply in the following two cases:

Upgrade your civils preparation with a video on the History of Indian Communal Riots | 1893 - 2021 by our UPSC expert, Sandeep Mishra:

The anti-defection law seeks to provide a stable government by ensuring the legislators do not switch sides.