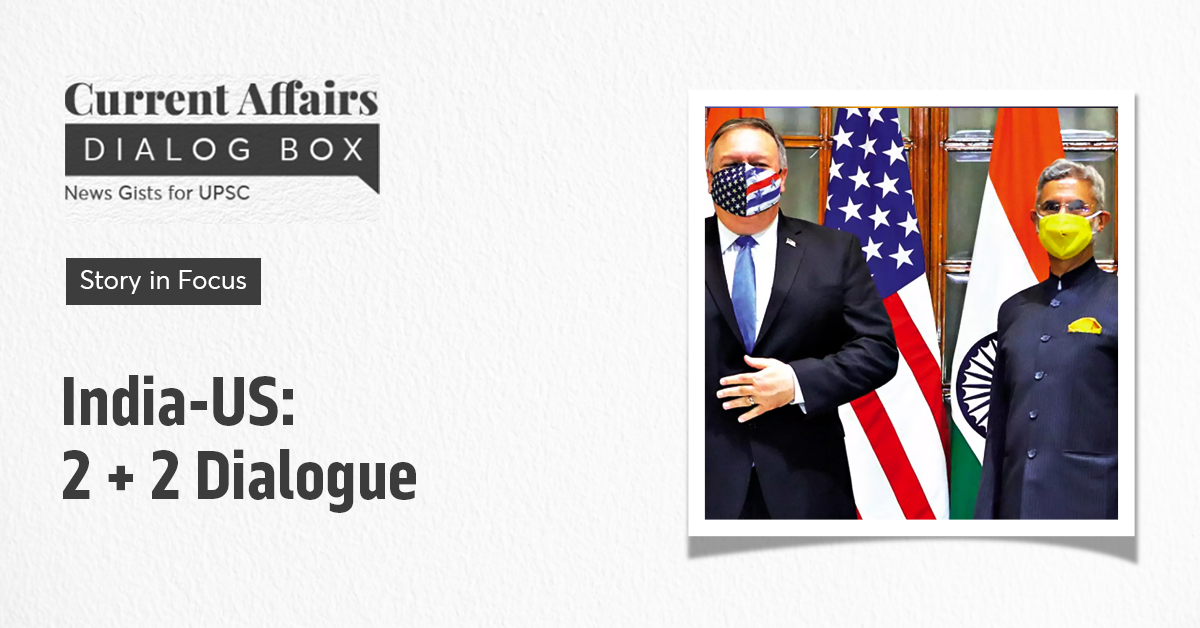 In today's edition of our Current Affairs Dialog box, we will discuss the India-US 2+2 dialogue and its relevance to the UPSC CSE syllabus. Enhance your UPSC exam preparation with this detailed article.

Here is the link to yesterday's edition of Current Affairs, in case you missed it.

Recently, the fourth ‘2+2’ dialogue was held between India and the United States in Washington DC.

India-USA bonhomie is attributed more to the recent rise of China in international politics rather than the shared values. Comment