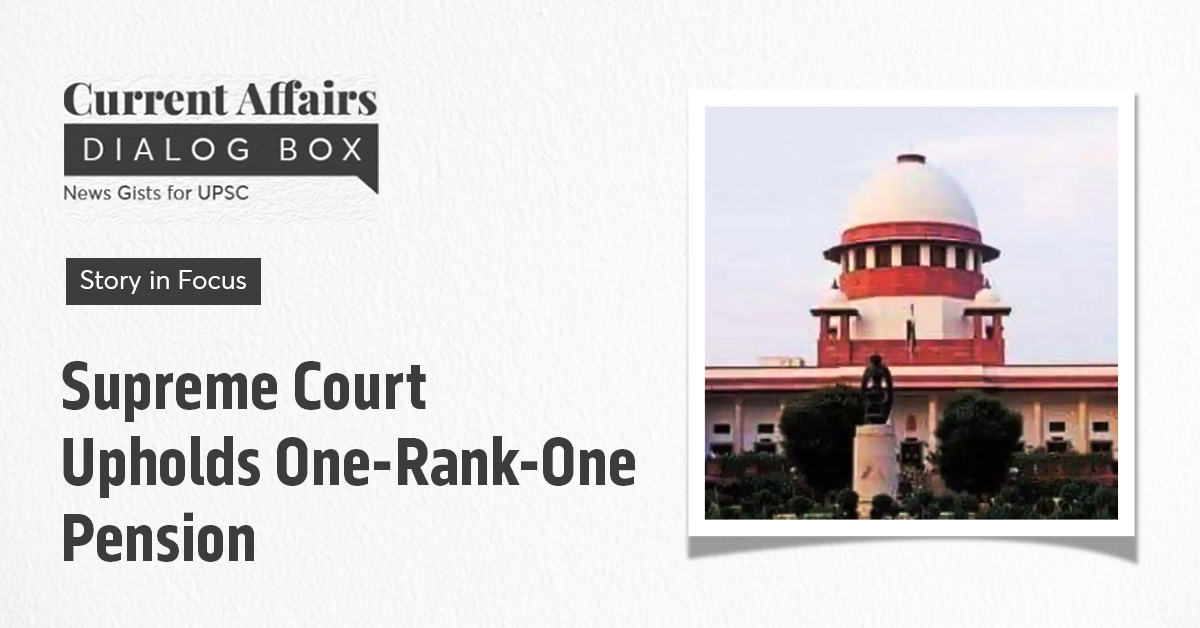 In today's edition of our Current Affairs Dialog Box, we will focus on a very critical topic, Supreme Court Holds One Rank One Pension. Read further to know more on how to approach the topic during the UPSC exam preparation.

Prelims: One Rank, One Pension Scheme

Mains: Demand for OROP, Arguments in favor and against OROP.

The Supreme Court ruled there was “no constitutional infirmity” in the way the government had introduced ‘one rank, one pension (OROP)’ among ex-service personnel.

Examine the genesis of One Rank, One Pension (OROP) demand, highlight the challenges involved in its implementation.

About One Rank, One Pension (OROP)

Why Did the Demand for OROP Arise?