What Are The Past JEE Toppers Doing now? 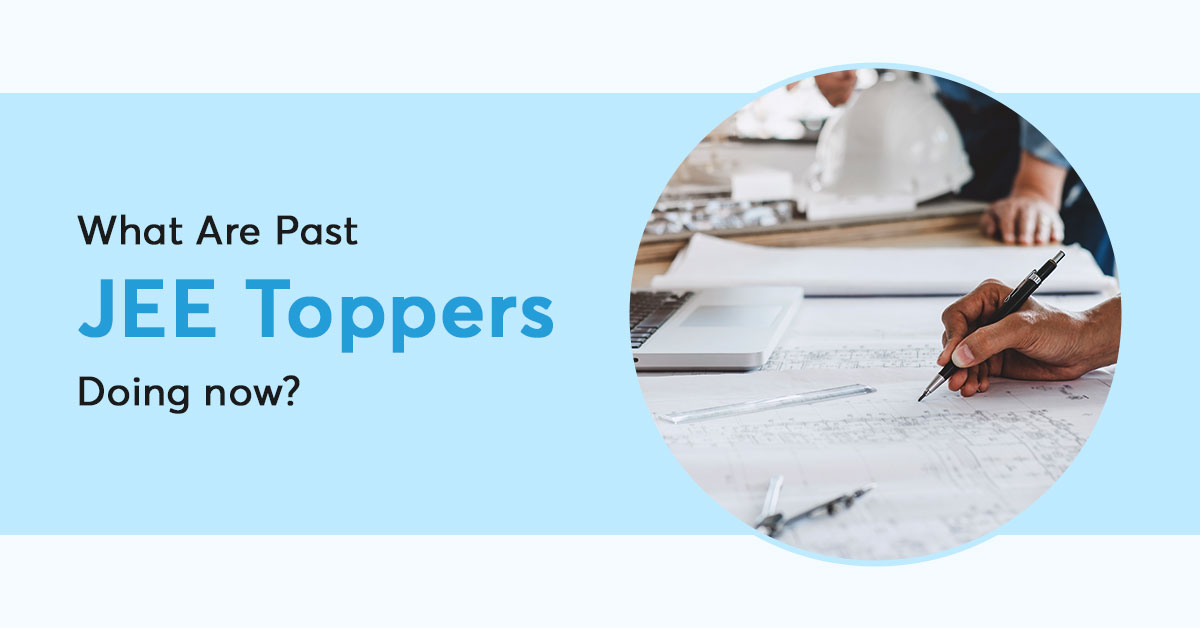 It is always a curious and popular topic among JEE aspirants about the past year's JEE toppers and what are they actually doing in real life? Are they doing jobs? If yes, then where? Or are they studying further?

Being an IIT-JEE Topper is a significant achievement for a student that inspires other aspirants around them. Thus, we have a detailed list of the past JEE toppers, their journey and current position that will motivate you to achieve big. Have a look at the past JEE Toppers:

Read More: All You Need To Know About PrepLadder IIT-JEE YouTube Live Streaming

Kartikey Gupta is from Maharashtra, and he was JEE Advanced AIR-1 in 2019. He secured 346 out of 372, and now he is pursuing B.Tech from IIT-Bombay.

Pranav Goyal is from Panchkula, and he was JEE Advanced AIR-1 in 2018. Currently, he is pursuing B.Tech in Computer Science from IIT Bombay. Along with studying, he is a trading intern with Jane Street.

Sarvesh Mehtani is from Chandigarh, and he is JEE Advanced AIR-1 in 2017 with a score of 339 marks out of 366. Currently, he is enrolled with the B.Tech program in Computer Science Engineering at IIT Bombay.

Satvat Jagwani is from Madhya Pradesh, and he was JEE Advanced AIR-1 in 2015. He secured 469 out of 504. He enrolled for his B.Tech at IIT Bombay but dropped out in 2017 and joined MIT. Currently, he is pursuing MS in Computer Science at MIT.

Chitraang Murdia is from Udaipur, and he was JEE Advanced AIR-1 in 2014. He scored 334 out of 360. He joined B.Tech in Computer Science at IIT-Bombay but dropped out one year later to pursue Bachelor's Degree in Physics at MIT.

Arpit Agarwal is from Faridabad, and he was JEE Advanced topper in the year 2012. He scored 385/401 and completed his B.Tech in Computer Science (Honours) from IIT-Delhi. Currently, he is working with Tower Research in New York, as a Quantitative Researcher.

Immadi Prudhvi Tej is from Andhra Pradesh, and he is JEE Advanced topper of 2011. Also, he secured 7th rank in AIEEE and then pursued Electrical and Electronics Engineering from IIT Bombay. Later, he cracked UPSC (CSE) in 2017 with AIR 24 and is now an Assistant Collector in Andhra Pradesh.

Anumula Jithendar Reddy is from Warangal, Telangana. He is the JEE Advanced 2010 topper and enrolled for his B.Tech in Electrical Engineering from IIT Bombay. He had the zeal to study Physics and wanted to research Physics. Thus, he went for his masters in Electrical engineering to ETH Zurich, Switzerland. Currently, he is pursuing his PhD.

It is always good to look up to people who motivate you. Therefore, take inspiration from these success stories, and strategies to work hard to write your own success saga in the future.

Prepare with PrepLadder for IIT-JEE Advanced, where you will find an organised, precise, comprehensive and advanced study material, JEE modules, Qbank and much more!

All the very best JEE aspirants!