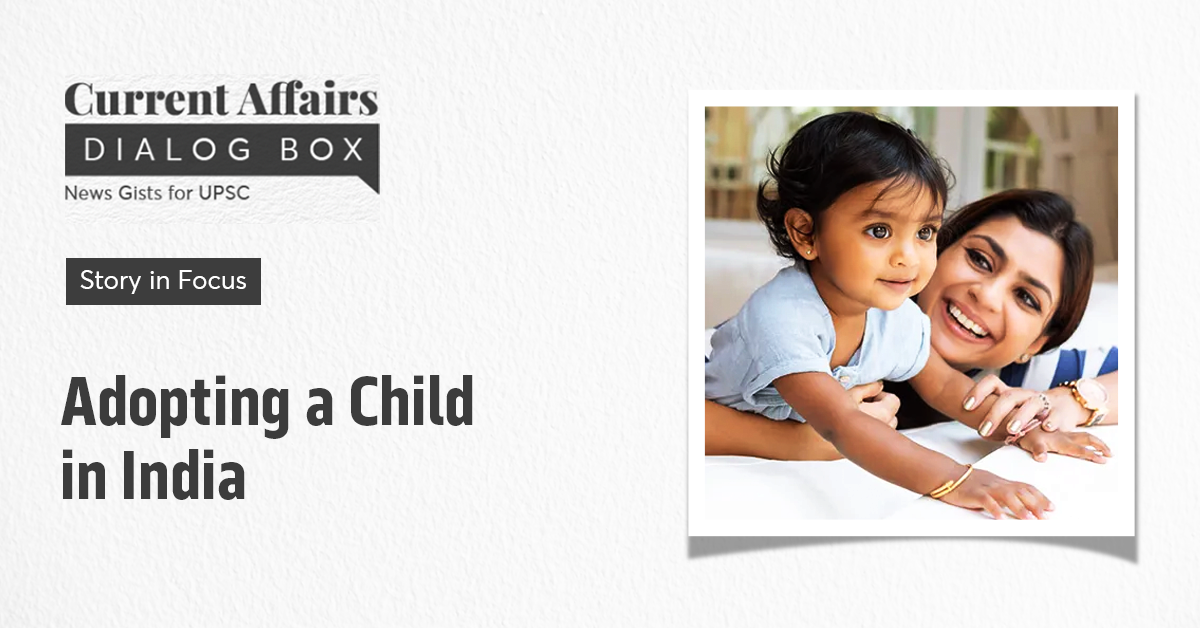 Enhance your UPSC exam preparation with our Current Affairs Dialog box, wherein we talk about crucial CSE topics. Today we will talk about a very important topic, Adopting a child in India and its relevance to the UPSC CSE syllabus.

For Mains:  Government Policies and Interventions for Development in various sectors and Issues arising out of their Design and Implementation.

The Supreme Court has issued notice to the Centre on a petition filed by an NGO ‘The Temple of Healing’ seeking simplification of the process of adoption.

The process of adopting a child needs to be centred around a humane approach rather than too much focus on laws. Comment

Who can be adopted?

What is the Formal Process of Adoption in India?

In India, two Legislations deal with the adoption of a child adoption rules under:

Why are Adoption Rates Low in India?