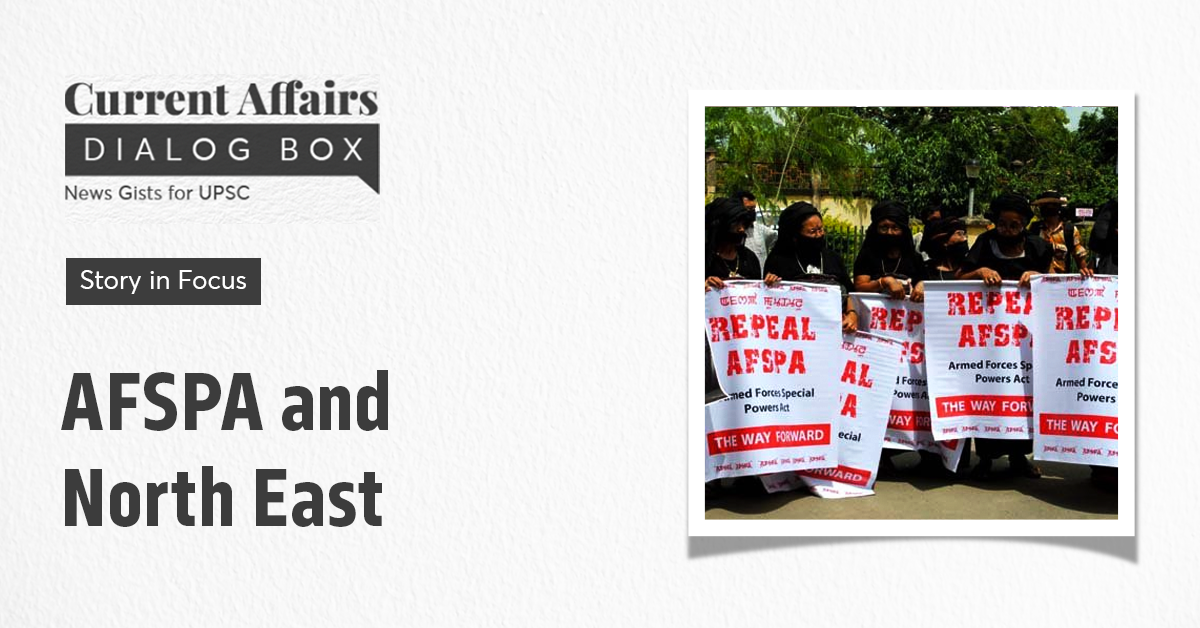 In today's series of our Current Affairs Dialog box, we will talk about AFSPA and North East and its relevance to the UPSC CSE syllabus. This topic forms an integral part of the CSE syllabus and hence should be studied in-depth during the UPSC exam preparation.

For Mains: Security Challenges and Their Management in Border Areas - Linkages of Organized Crime with Terrorism

Recently, the Ministry of Home Affairs announced the reduction of “disturbed areas” under the Armed Forces (Special Powers) Act in Assam, Manipur, and Nagaland with effect from April 1, 2022.

Examine the impact of the Armed Forces (Special Powers) Act in maintaining peace and tranquillity in North-Eastern India.

What is a “Disturbed Area” under the AFSPA act and who has the power to declare it?

What Attempts have been made to Repeal AFSPA in the past?