All You Need to Know About Sardar Vallabh Bhai Patel 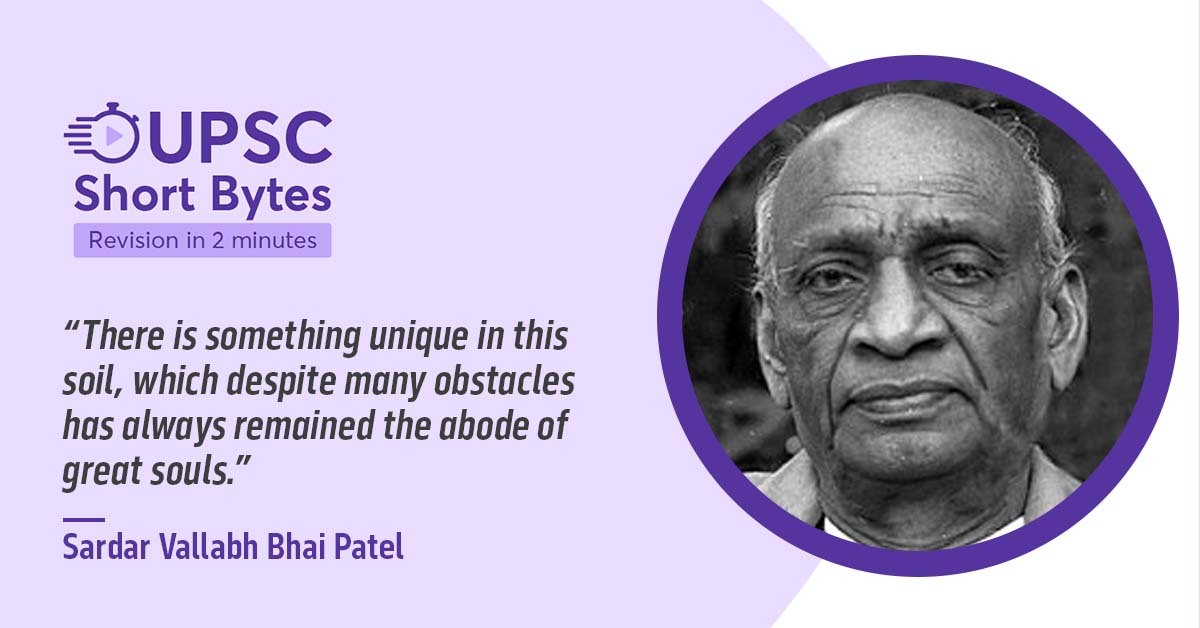 In this Short Byte for your UPSC exam preparation, we will share some important facts about the Iron Man of India, Sardar Vallabh Bhai Patel. He was the first Deputy Prime Minister of India from 1947 to 1950.

“There is something unique in this soil, which despite many obstacles has always remained the abode of great souls.” Sardar Vallabh Bhai Patel

Also, have a look at another UPSC Short Byte comprising crucial facts about Mahatama Gandhi.

“A war based on Satyagraha is always of two kinds. One is the war we wage against injustice and the other we fight against our own weaknesses.”- Sardar Vallabh Bhai Patel

Watch this video on Revision Strategy for UPSC Prelims 2022 by Vivek Singh Sir, our DREAM TEAM faculty for Economy and enhance your UPSC Preparation :