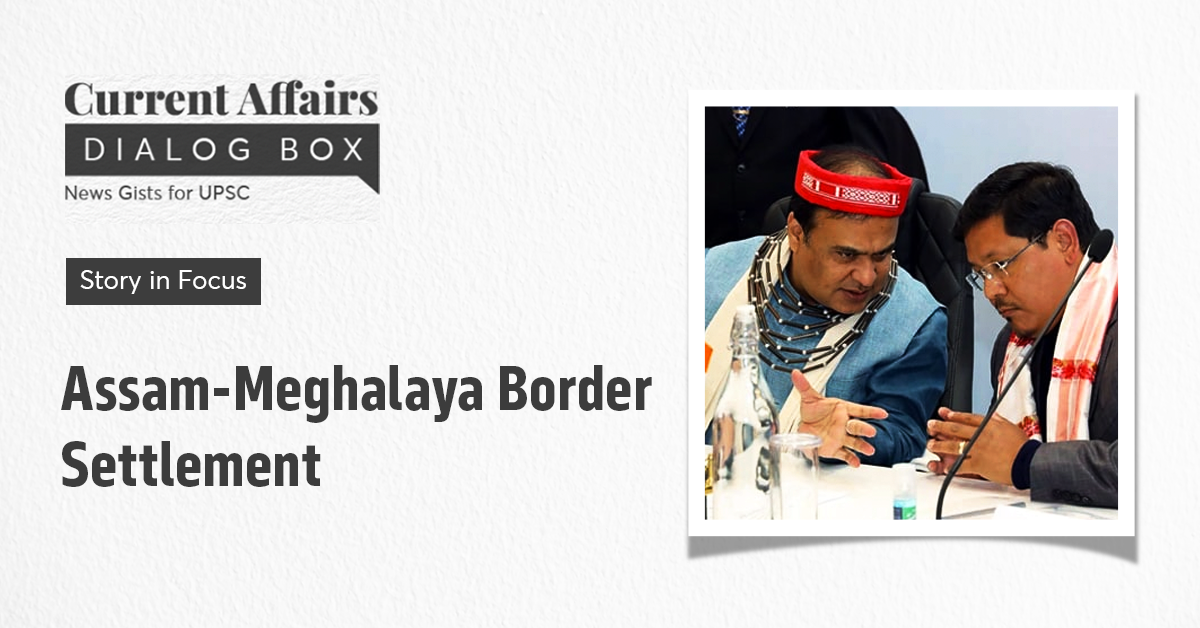 Today’s edition of the Current Affairs Dialog box will comprise a discussion on Assam-Meghalaya Border Settlement and its relevance from the perspective of the UPSC CSE syllabus. Read the blog to enhance your UPSC exam preparation.

For Prelims: Assam-Meghalaya border dispute, Article 263 of the Constitution

For Mains: Interstate-border disputes and related issues and way ahead.

Click here to read yesterday’s edition of Current Affairs, in case you missed it.

Recently, the Assam and Meghalaya governments signed a pact to resolve part of their five-decade-old boundary dispute.

How did the Assam and Meghalaya reach an agreement? Will it help to solve other Border disputes between states?

Background of the Conflict

Efforts made so far to Resolve Disputes