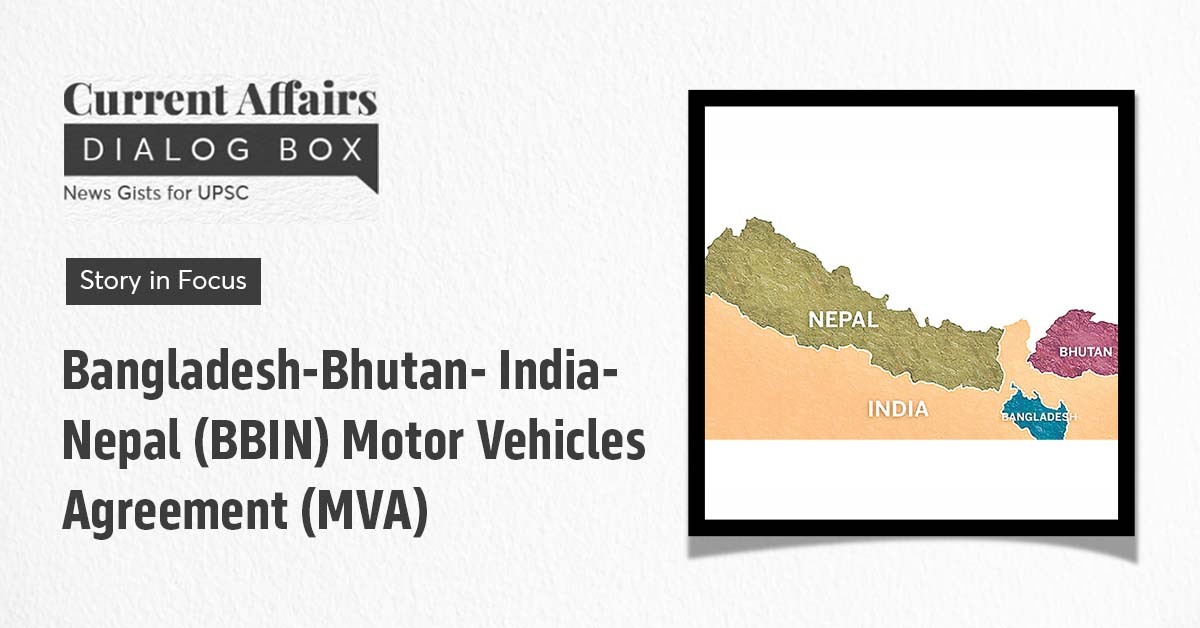 In today's edition of our Current Affairs Dialog box, we will talk about Bangladesh-Bhutan-India-Nepal (BBIN) Motor Vehicles Agreement (MVA). Check its relevance from the CSE syllabus point of view and accordingly proceed with your UPSC Preparation.

For Mains: Significance of BBIN – MVA and Analysis of BBIN Project by World Bank.

Recently, India, Bangladesh, and Nepal finalized an enabling memorandum of understanding (MoU) in a meeting held in New Delhi.

The Motor Vehicles Agreement can be an example of sub-regional cooperation amid dysfunctional SAARC. Comment