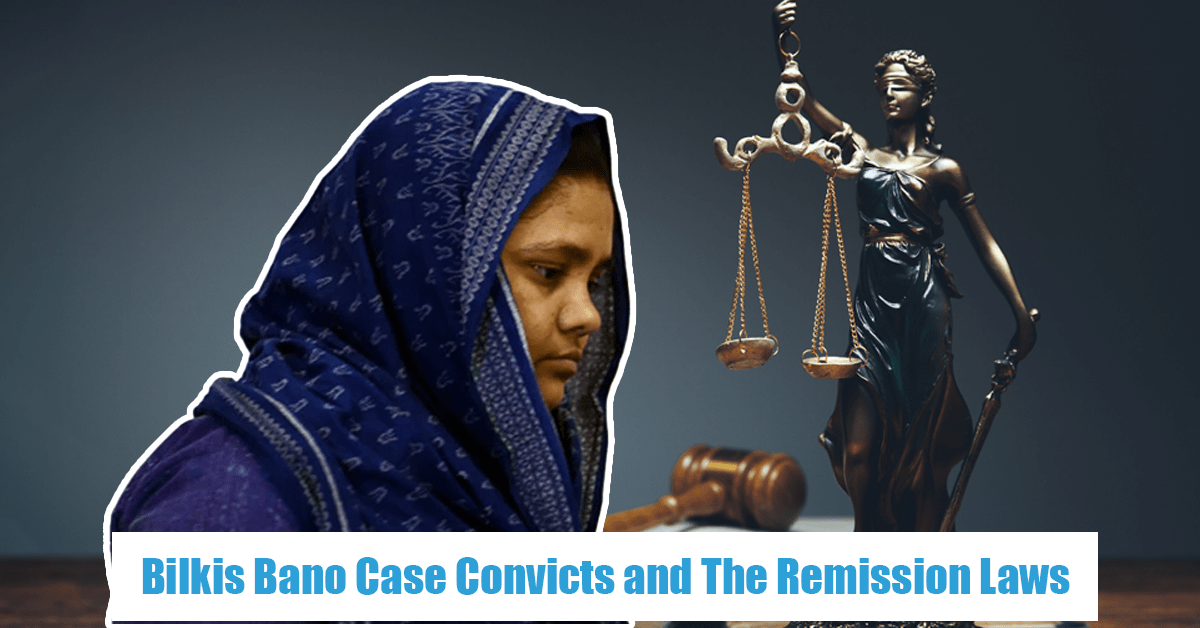 In today's edition of our Current Affairs, we will talk about the Bilkis Bano Case Convicts and the Remission Laws. Read further to upgrade your UPSC CSE knowledge and also understand the topic’s relevance to the UPSC syllabus.

Every saint has the past, every sinner has a future. One the eve of Independence, many prisoners, including the convicts of heinous crimes such as murder and rape, were released as part of the special remission granted by the stated. Critically analyze such special remission drives.

Recently, a committee formed by the Gujarat government released all 11 convicts in the Bilkis Bano case, as the committee relied on its old remission policy of 1992 instead of the current policy of 2014.

About Remission and the Laws Governing it

About the Bilkis Bano Case

During the post-Godhra communal riots in Gujarat, in 2002, 21 years and five months pregnant Bilkis Bano was brutally gang-raped during her attempt to flee along with her relatives.

Read yesterday’s edition of Current Affairs on 75 Ramsar Sites in 75th Year of Independence, in case you missed reading it.

Release of the Rape-Murder Convicts

Also watch a related video on Equality Before Law by M Puri Sir Our Faculty for Polity, IR & Governance for Civils Preparation: