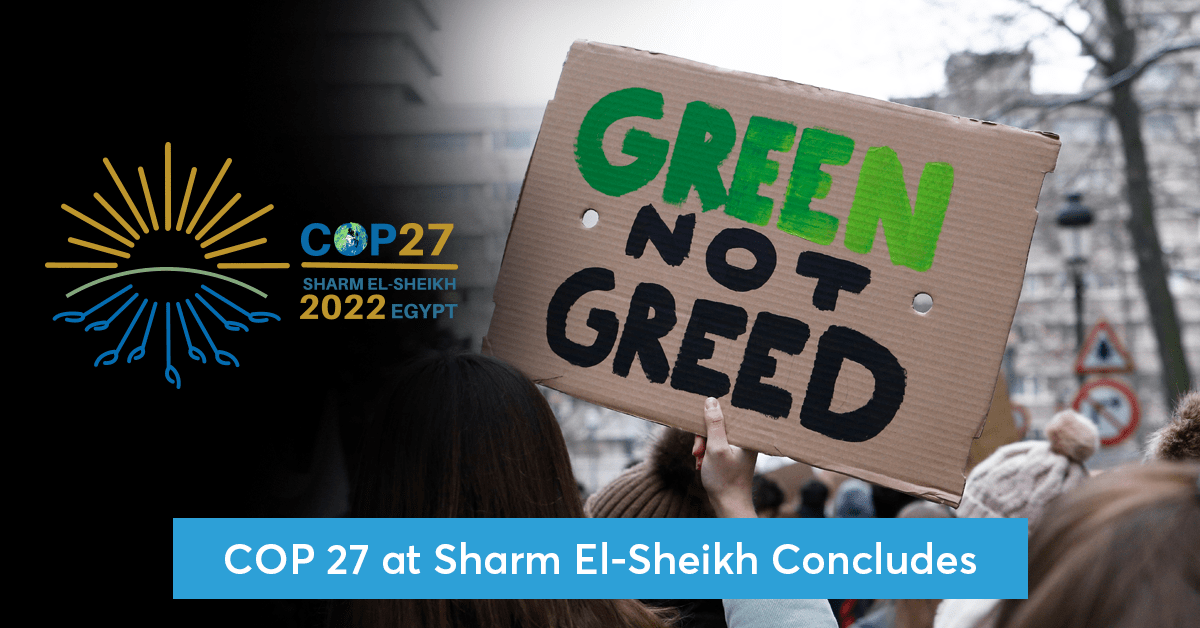 Enhance your UPSC CSE preparation with our daily dose of Current Affairs wherein we discuss topics that make news at National and International level. In today's edition of our Current Affairs, we will discuss COP 27 at Sharm El-Sheikh Concludes . The topic's relevance to the UPSC CSE syllabus is mentioned below

For Mains:: GS III-Biodiversity and Environment.

Recently COP 27 to UNFCCC concluded at Sharm El-Sheikh, Egypt concluded with the adoption of the Fund for Loss and Damages.

Background of COP to UNFCCC

The conference of Parties is the highest decision-making body of UNFCCC. It meets annually and COP 27 was its 27th meeting which was held at Sharm El-Shaikh.

Outcomes of the COP27 on the Above Agendas

To provide financial assistance for mitigation, adaptation, and Loss and Damage the financial systems and their processes need transformation by collaborating with governments, central banks, commercial banks, institutional investors, and other financial actors.

Also watch a Related video on G20 Presidency for 2023 and enhance your IAS Preparation :