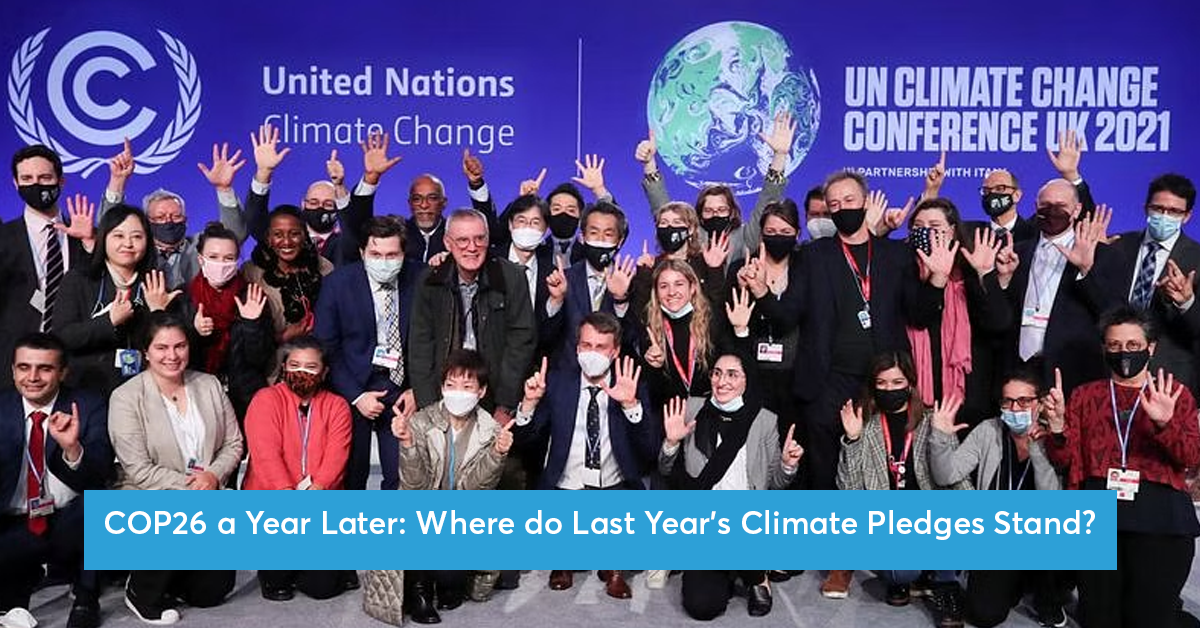 Today’s edition of our Current Affairs will comprise a discussion on COP26 a Year later: Where Do Last Year’s Climate Pledges Stand. Read further to upgrade your UPSC CSE knowledge and also understand the topic’s relevance to the UPSC syllabus.

The next climate change conference in Sharm El Sheikh in Egypt this year (COP27), is just days away. Here is an update on the outcomes from the 26th UN Climate Change Conference of the Parties (COP26), which was held in Glasgow, Scotland.

To address the problem of climate change the UN Climate Change Conference of the Parties is conducted every year. Explain the progress made in some of the biggest promises during CoP26.

About Outcomes of COP26