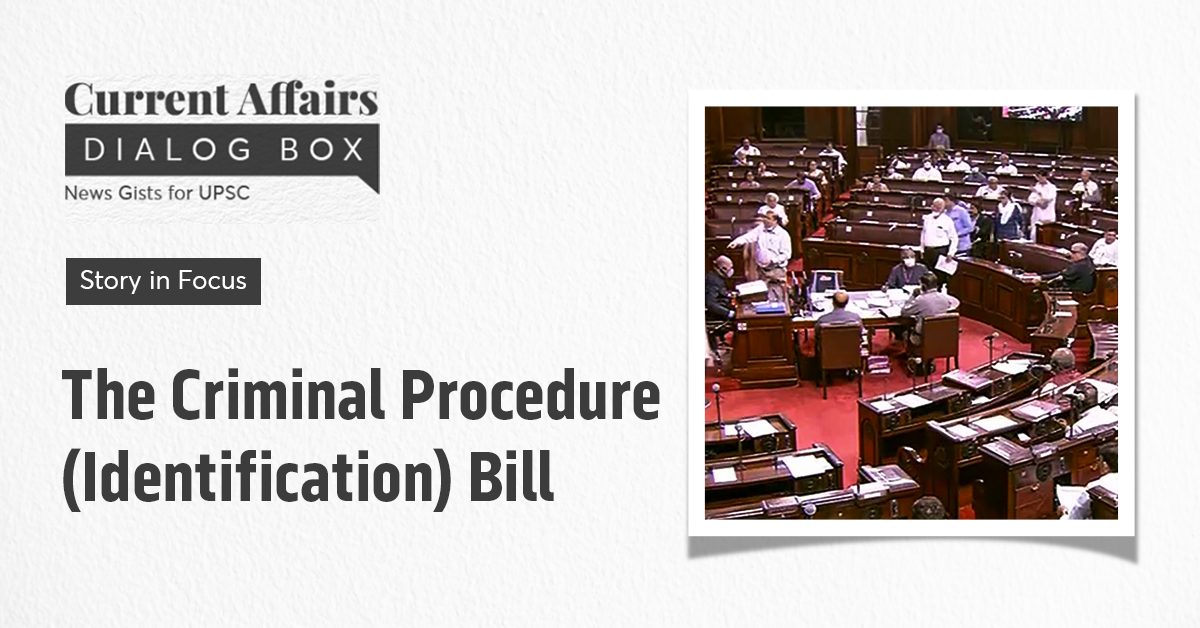 Enhance your UPSC exam preparation with our daily edition of the Current Affairs Dialog box wherein we discuss crucial topics that have relevance to the UPSC CSE syllabus. In our today’s edition, we will talk about the Criminal Procedure (Identification) Bill, 2022.

What are the major concerns raised in the Criminal Procedure (Identification) Bill, 2022? Discuss in the light of Article 21 of the Indian Constitution and Judgement(s) of the Apex Court in this regard.

Provisions of the Bill

Take your UPSC CSE preparation to the next level with PrepLadder's engaging and conceptual video lectures. Watch a detailed video on CBI General Consent by Prem Sodhani Sir, our Current Affairs faculty:

What are the Concerns with the Bill?

Download the PrepLadder app for more informative articles like these and get access to well-structured and the most comprehensive study material for IAS exam preparation. You can also join our Telegram channel for UPSC exam preparation to apprise yourself with the latest information about the exam