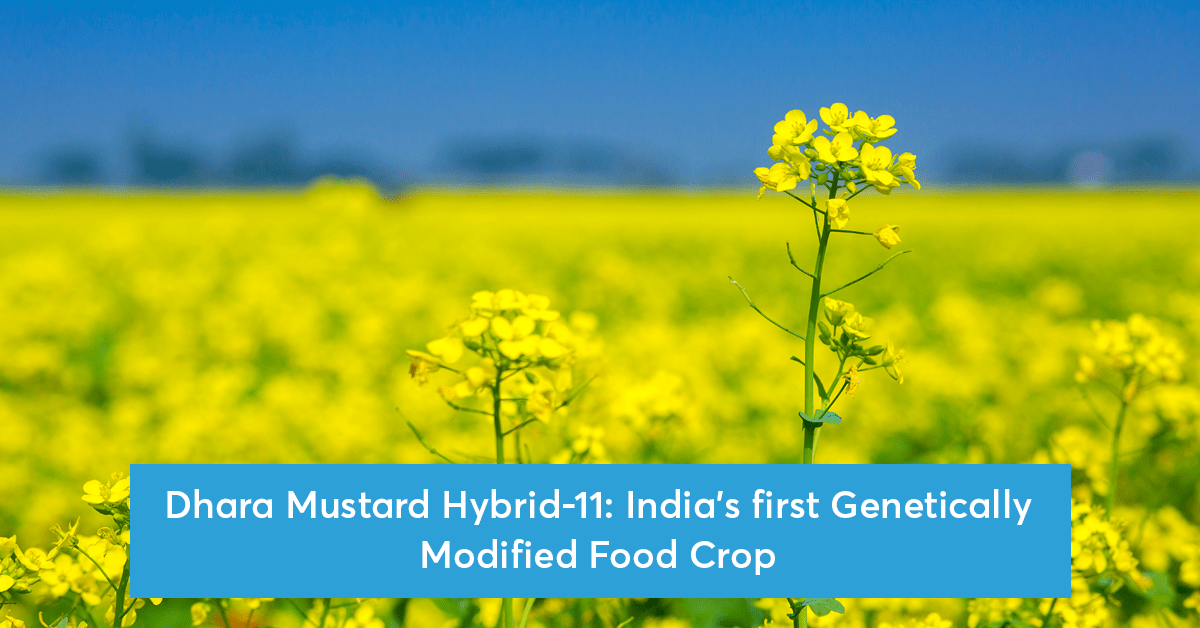 Enhance your UPSC CSE preparation with our daily dose of Current Affairs wherein we discuss topics that make news at National and International level. In today's edition of our Current Affairs, we will discuss Dhara Mustard Hybrid-11: India’s first Genetically Modified Food Crop. The topic's relevance to the UPSC CSE syllabus is mentioned below.

For Mains: Development of DMH-11, Significance of DMH-11, Need for a hybrid variety, Usage of Hybrid Variety, About Genetic Engineering Appraisal Committee (GEAC).

The Genetic Engineering Appraisal Committee (GEAC), the apex regulator and an arm of the Environment Ministry has recently cleared DMH-11 or Dhara Mustard Hybrid-11 for environmental release.

After years of being in limbo, there is a surge of optimism around DMH-11, or Dhara Mustard Hybrid-11, a variety developed using genetic engineering techniques. Comment

When preparing for UPSC Civil Services examination, it is imperative to make sure that your preparation is going in the right direction. Timely evaluation is of utmost importance. If you want to analyze your current preparation, then participate in PrepLadder's UPSC Scholarship test and stand a chance to win an assured scholarship. Register now!