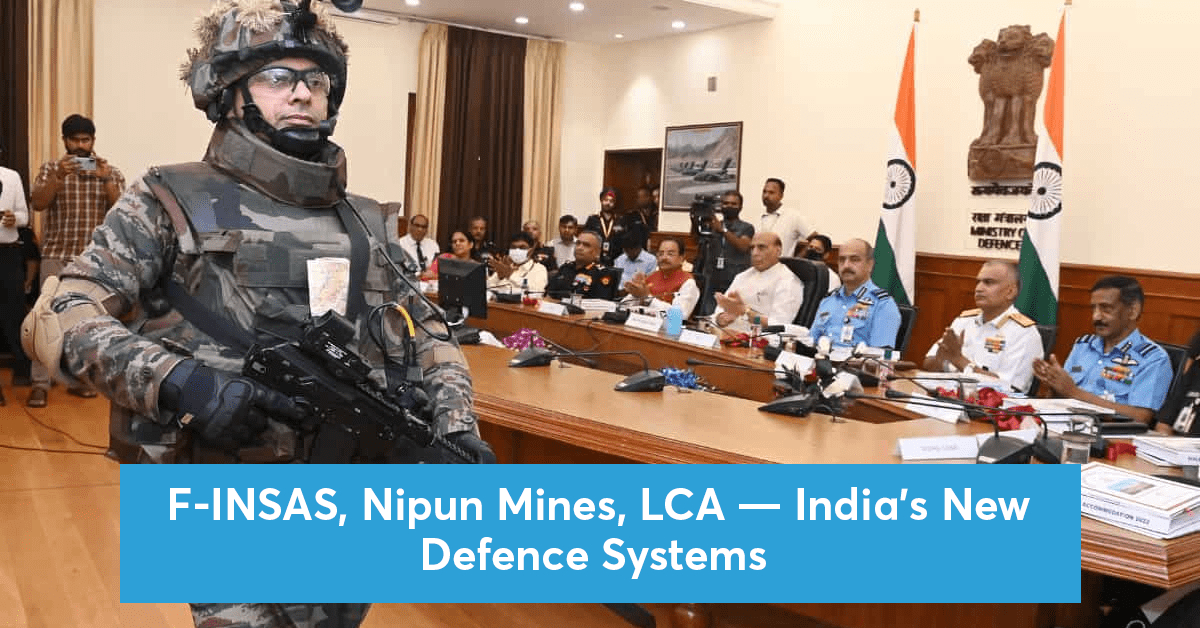 Today’s edition of our Current Affairs will comprise a discussion on F-INSAS, Nipun Mines, LCA. Read further to upgrade your UPSC CSE knowledge and also understand the topic’s relevance to the UPSC syllabus.

For Mains: About F-INSAS System, AK-203 Rifles, Other Defence System,

Comment about the significance of the advanced defense system in India.

The Defence Minister of India has recently handed over several new defense systems, including the F-INSAS, the Nipun mines, and the Landing Craft Assault (LCA), to the Army.

About the F-INSAS system

Read yesterday’s edition of Current Affairs on Jiyo Parsi Programme, in case you missed reading it.

Some Other Defense Systems

If you are targeting UPSC CSE 2023, watch UPSC preparation strategy by Vivek Singh Sir, our faculty for Economy: