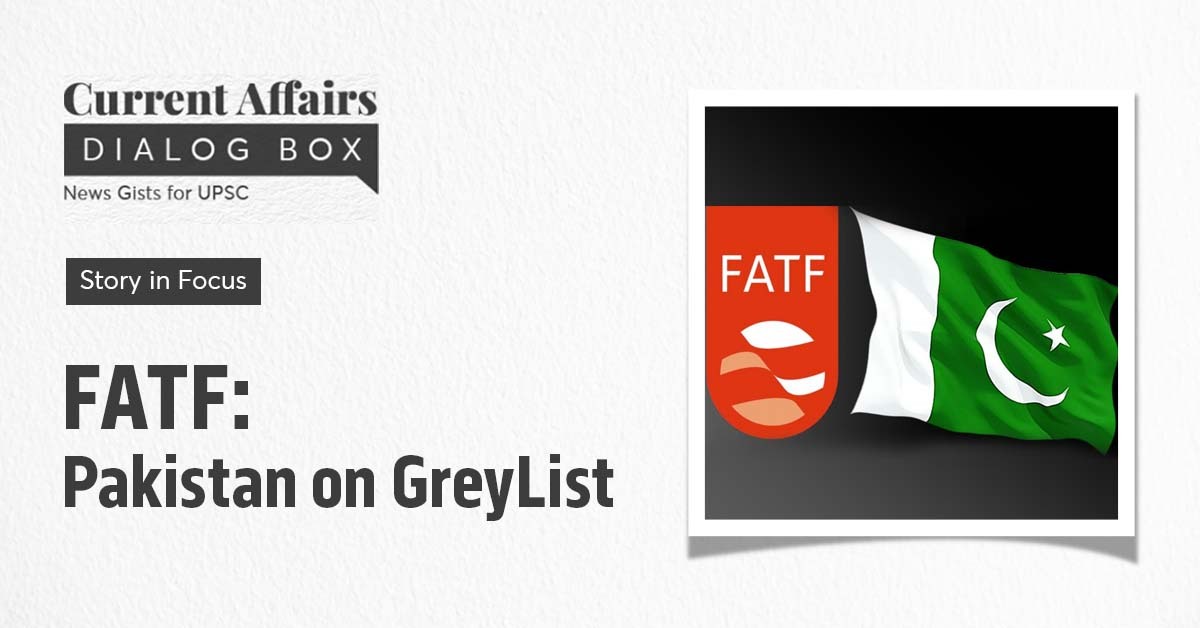 Here is our today's edition of Current Affairs Dialog Box wherein we will talk about FATF: Pakistan on Greylist and its relevance from UPSC Preparation.

To what extent the global financial crime watchdog Financial Action Task Force (FATF) has been successful in its mandate? Suggest measures to improve its functioning.

How does the FATF do its work?

What are FATF’s ‘Grey’ and ‘Black’ Lists?

Watch a detailed revision strategy for the upcoming Prelims 2022 exam by Vivek Singh Sir, our faculty for Economy and enhance your UPSC Preparation:

Implications of Listing of Countries on FATF