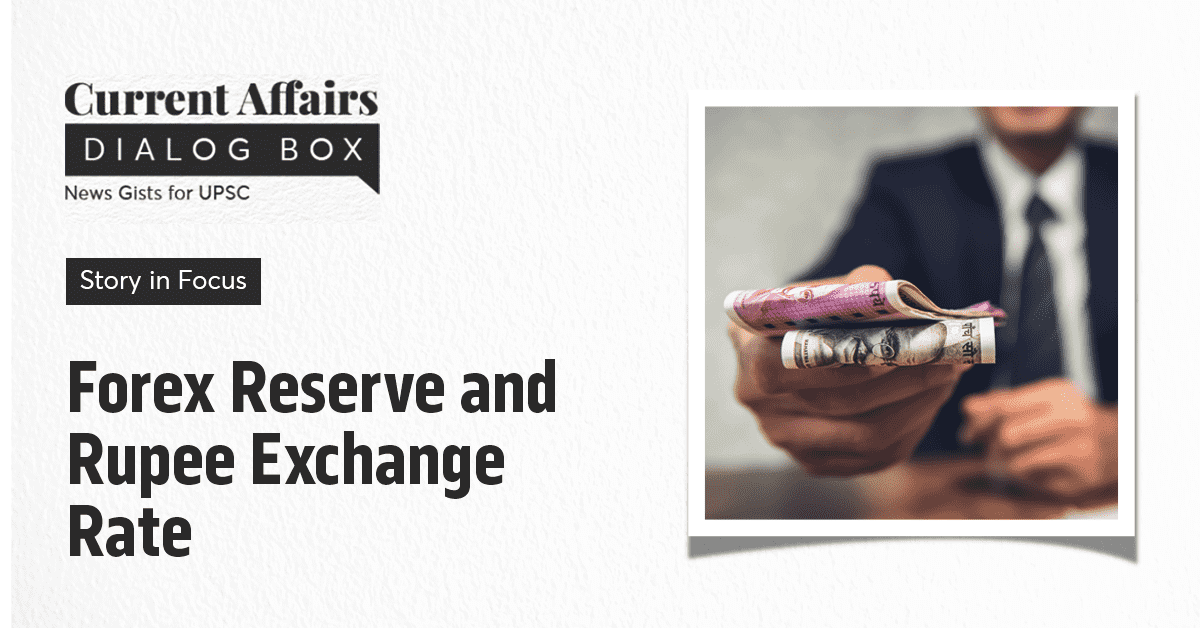 In today's edition of our Current Affairs Dialog box we will discuss Forex Reserve and Rupee Exchange Rate in detail.

Navigate through the article to get useful insights on the topic and enhance your UPSC preparation. Its relevance to the CSE syllabus is mentioned below:

Analyze the role played by the Forex Reserve in a developing country like India.

During the last few days, India’s forex reserves as well as the rupee's exchange rate (vis a vis the US dollar), both fell quite sharply.

Impact of Change in Exchange Rate on Traders

What is a Forex Reserve?

Enhance your UPSC Mains 2022 preparation with a related video lecture on the topic Nominal Exchange Rate by Vivek Singh Sir, our faculty for Economy:

Role of Forex in Such situations

China’s forex reserves are much more than most of the developed economies. China has been soaking up foreign currencies from the forex market and thus either allowing its currency to stay weak (or become weaker) or to avoid it from becoming too strong. China does so because it wants its exports to be attractive in the global market.

For a developing economy such as India, a gradually weakening rupee is economically beneficial. The point of forex reserves is two-fold: to smoothen fluctuations in the exchange rate and to provide some strategic import cover. Merely accumulating forex reserves is not an end in itself; it is neither the ultimate measure of an economy’s success nor something that comes without a cost.