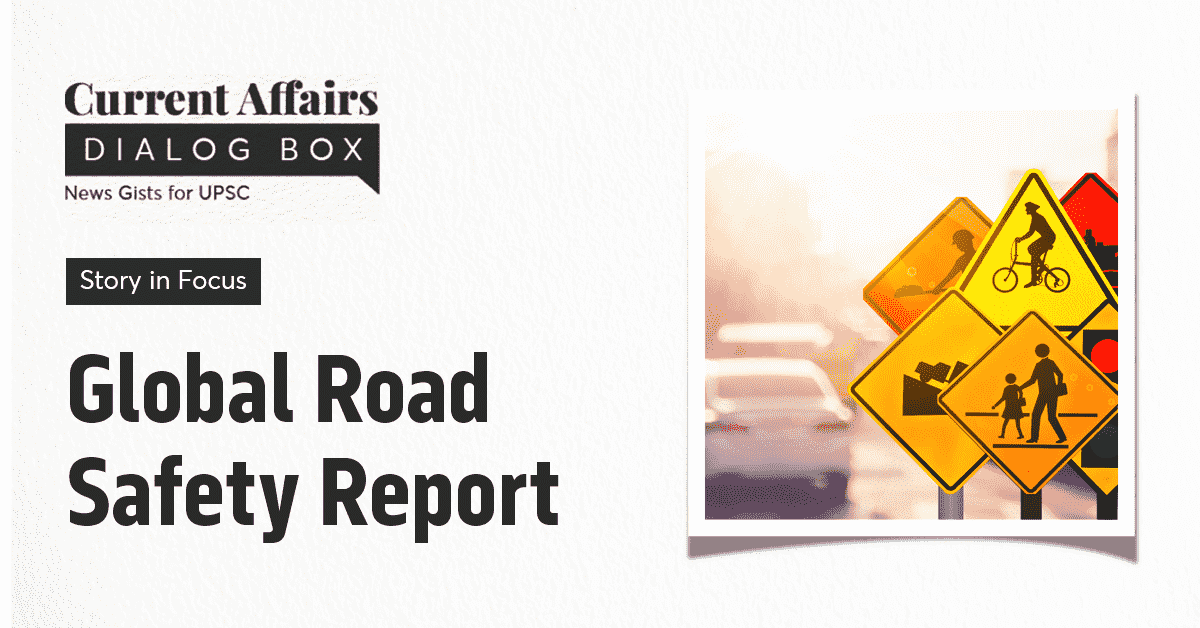 In today’s edition of our Current Affairs Dialog box, we will discuss Global Road Safety Report. Navigate through the blog to understand the topic in detail and enhance your UPSC Preparation.

Recently, a report on Road Safety was released by the Lancet. Also, the United Nations held a high-level meeting on Global Road Safety on June 30 and July 1, 2022, to review the progress and challenges.

Findings of the Report

Following table shows the findings of the report

Recommendations of the Report

The United Nations held a high-level meeting on Global Road Safety on June 30 and July 1, 2022, to review the progress and challenges.

Observations at the Meeting

Some of the commitments adopted in Declaration on Road Safety

At the meeting, a Political Declaration on Global Road Safety was adopted by the UN General Assembly with following commitments: