GSAT 7B And Other Military Satellites- UPSC Current Affairs 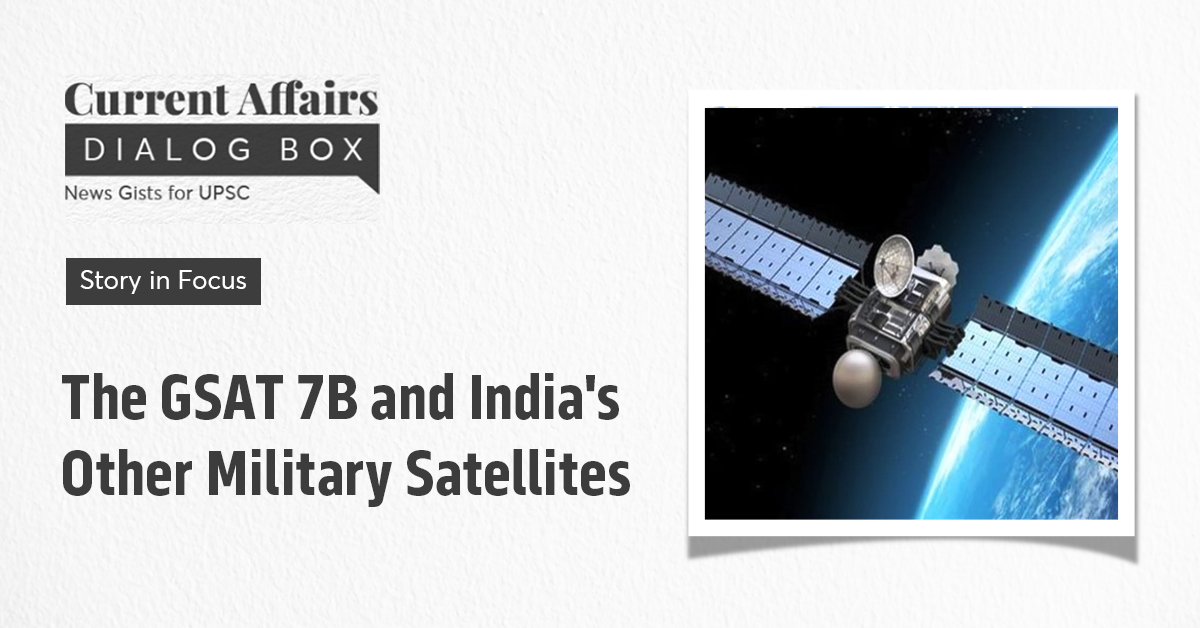 In today’s series of our Current Affairs Dialog box, we will talk about GSAT 7B And Other Military Satellites. This topic is an integral part of the UPSC exam preparation and hence should be studied in depth. Navigate through this blog to understand its basics. It has relevance to the UPSC CSE syllabus in the following ways

Recently, Defence Acquisition Council (DAC) has accorded acceptance of necessity (first step of procurement) for the indigenously designed, developed and built GSAT 7B.

Discuss the significance of GSAT series satellites in maintaining the tempo of modern warfare.

Significance of GSAT 7B

Other Military Satellites of India