Gujarat Seeks to Bring Uniform Civil Code: What is it? 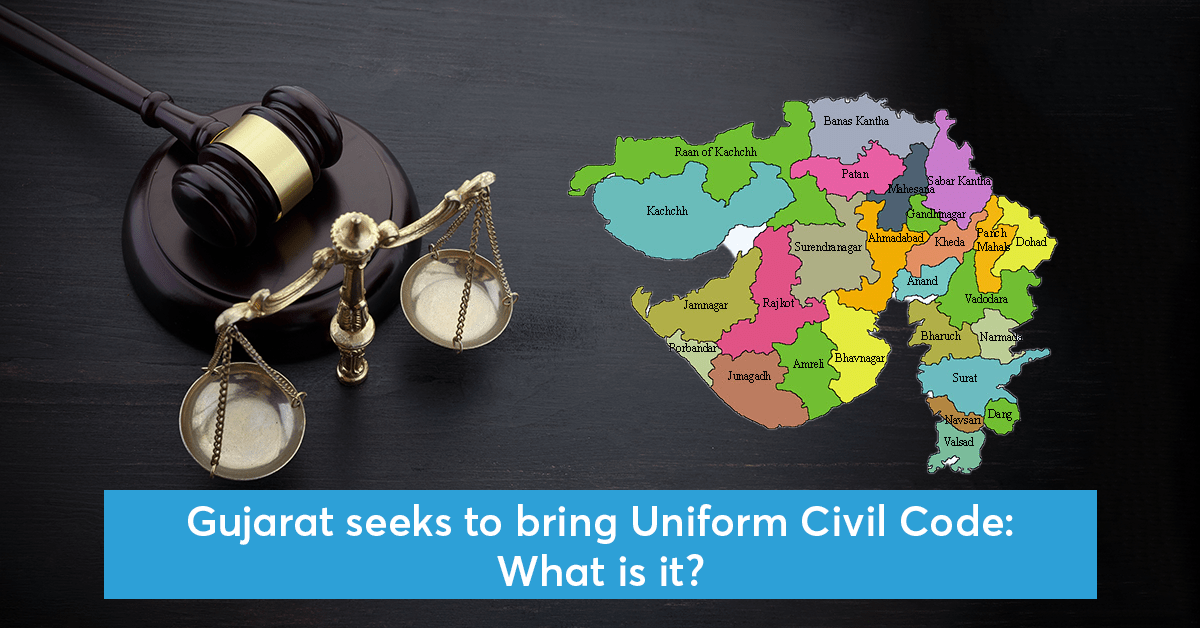 Our today's edition of Current Affairs is here. Read to know more about What is Uniform Civil code and why Gujarat seeks to bring it? Also, find the topic's relevance to the UPSC CSE syllabus below:

Recently, the Gujarat Home Minister, after Uttarakhand, announced the formation of a committee to implement a uniform civil code (UCC) in the state.

The various State government has taken stance on a uniform civil code (UCC) that has evolved from one regime to the next, especially in the last eight years. Comment.

Uniformity in Personal Law in India

When preparing for UPSC Civil Services examination, it is imperative to make sure that your preparation is going in the right direction. Timely evaluation is of utmost importance. If you want to analyze your current preparation, then participate in PrepLadder's UPSC Scholarship test and stand a chance to win an assured scholarship. Register now!

Status of UCC in India