India and US - Evolution of Strategic Relations 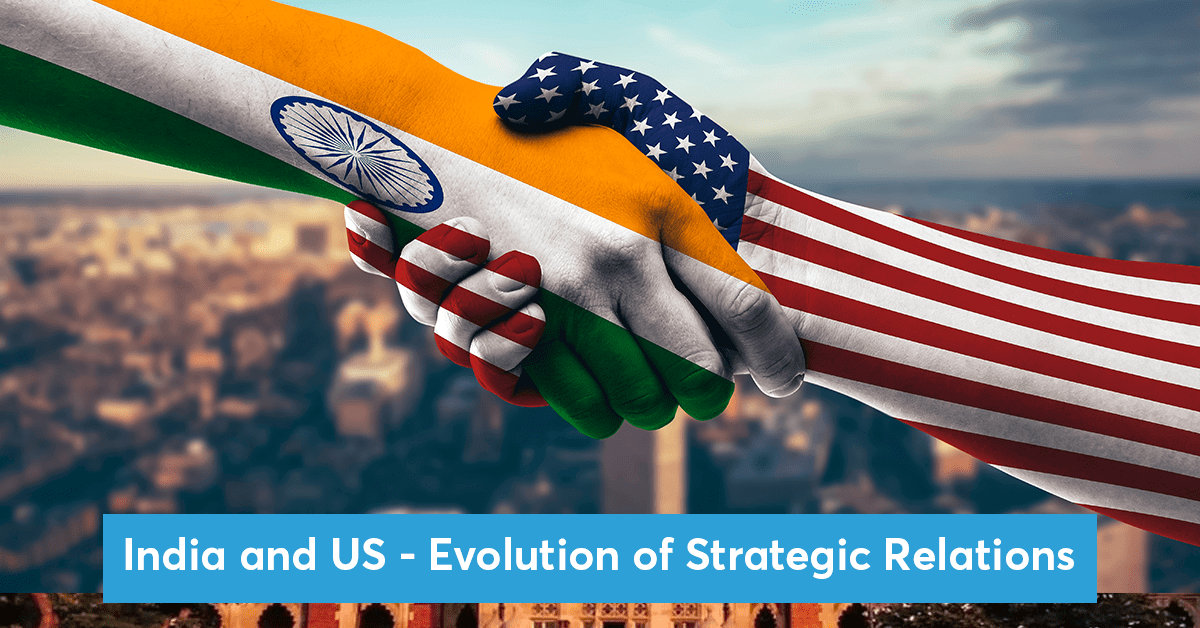 Upgrade your UPSC IAS 2023 preparation with our daily dose of Current Affairs wherein we discuss news of national and international importance. In today's edition we will talk about India and US - Evolution of Strategic Relations.

On the sidelines of the UN general assembly meeting, and after it, there were some verbal exchanges between India’s foreign minister and his US counterpart. India reacted to US trade of F-16 fighter aircraft with Pakistan, however India remains bullish on Indo-US relationship.

Despite frequent irritants, the future of India and US relationship remains bullish. Comment.

Evolution of Indo-US Strategic Relation in the Last Two Decades

Irritants in the Current Geopolitical Context