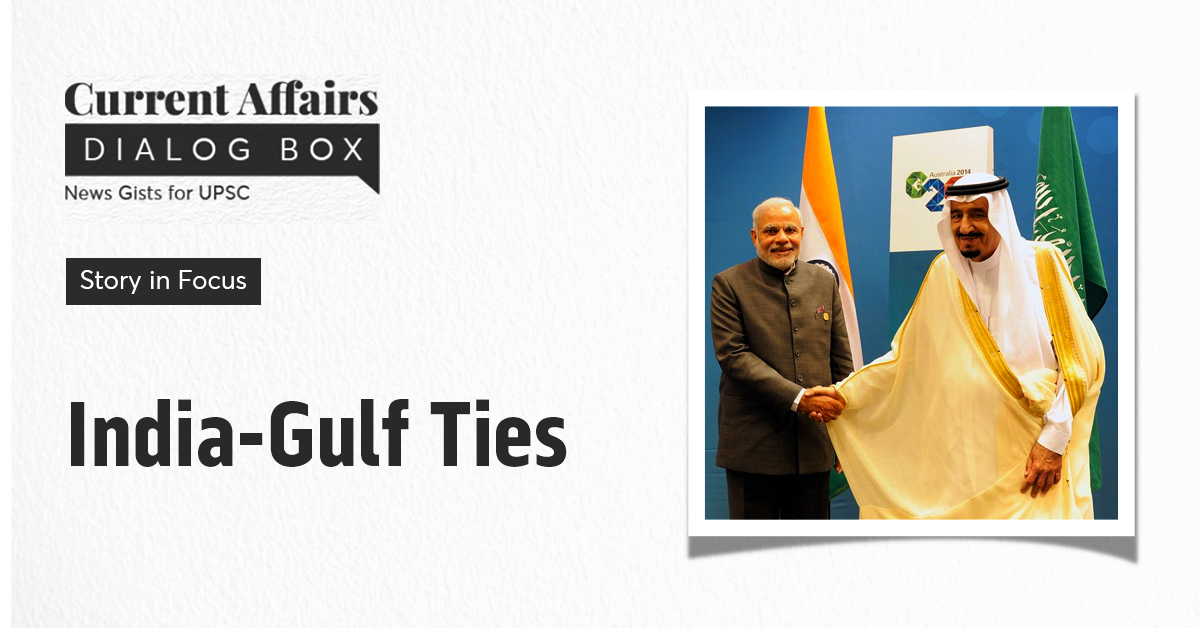 Here's our Daily dose of Current Affairs. In today’s edition, we will discuss India - Gulf Ties in detail. Check the topic’s relevance from the UPSC CSE syllabus and enhance your UPSC Exam Preparation.

Recently, few countries in the Gulf region had summoned the Indian ambassadors in their nations to register their protest on a controversy erupted over a religious issue.

Discuss the various facets of India’s engagement with the Gulf region.

In 2021-22, India recorded a total trade of about $189 billion with seven Gulf countries—Saudi Arabia, United Arab Emirates (UAE), Oman, Qatar, Bahrain, Kuwait and Iraq—accounting for 18.3% of its combined value of imports and exports.

Also, read about the INDIA - U.S Trade Ties, a crucial topic from the UPSC exam preparation point of view.

Why is the Strait of Hormuz important?

Also Watch a related video on Gulf Countries and enhance your UPSC Preparation :