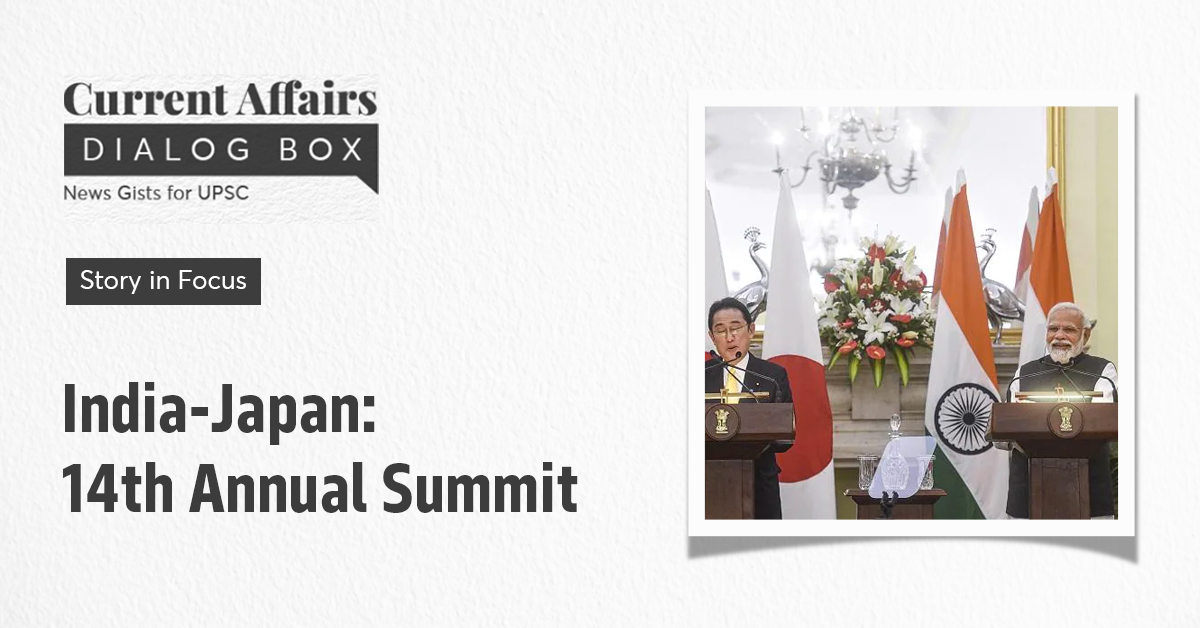 In today's edition of the Current Affairs Dialog box, we will talk about India-Japan 14th Annual Summit. The topic forms an integral part of International Relations and hence should be studied in detail during the IAS Preparation.

Examine the potential of India-Japan ties in achieving global peace and prosperity.

Give an extra edge to your UPSC preparation by watching a video on the Delimitation of Constituencies in Jammu & Kashmir by Prem Sodhani Sir (Current Affairs Faculty) in our Prelims Booster series:

Convergence of Interests: India and Japan