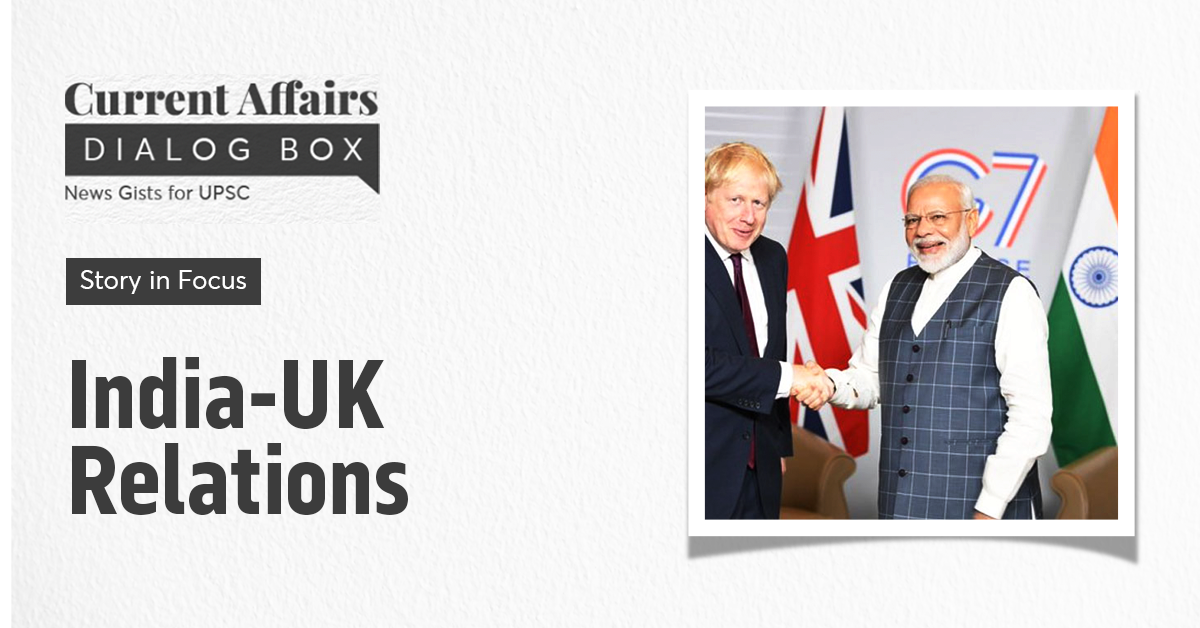 Upgrade your UPSC exam preparation with your daily dose of Current Affairs in our Current Affairs Dialog box-News Gists for UPSC. In our today's edition, we will talk about India-UK relations. This topic has relevance to the CSE syllabus in the following ways:

Here is yesterday's edition of the Current Affairs Dialog box in case you missed reading it.

New geopolitical realities demand a new strategic vision. It is time to seize the moment and lay the foundations of a partnership that can respond adequately to the challenges of the 21st century. Comment

Key Highlights of the Visit