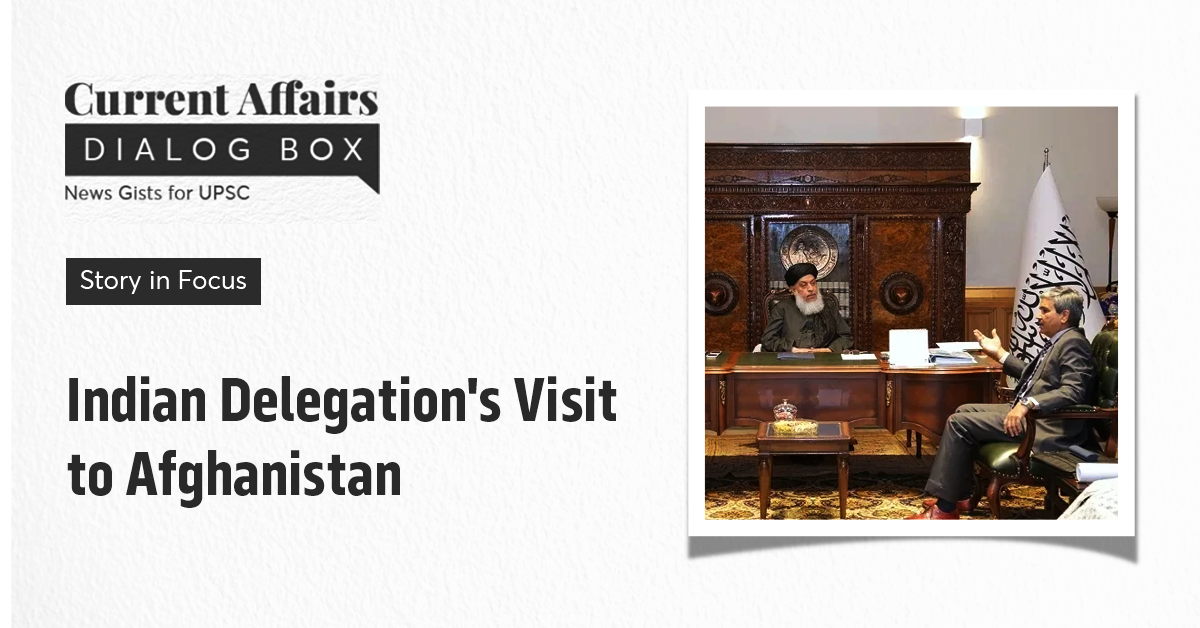 It’s time to upgrade your UPSC knowledge bank with our Daily Dose of Current Affairs. In today’s edition of our Current Affairs Dialog box, we will discuss  Indian Delegation’s visit to Afghanistan and find its relevance to the UPSC CSE syllabus.

​India has sent a multi-member team of senior diplomats to Afghanistan to oversee the delivery of its humanitarian assistance in Afghanistan.

What prompted India to initiate talks with the Taliban Regime? Outline the significance of Indian Delegation Visit to Afghanistan.

About Location of Afghanistan

What prompted India to initiate talks with the Taliban Regime?

India’s Hesitation with the Taliban rule