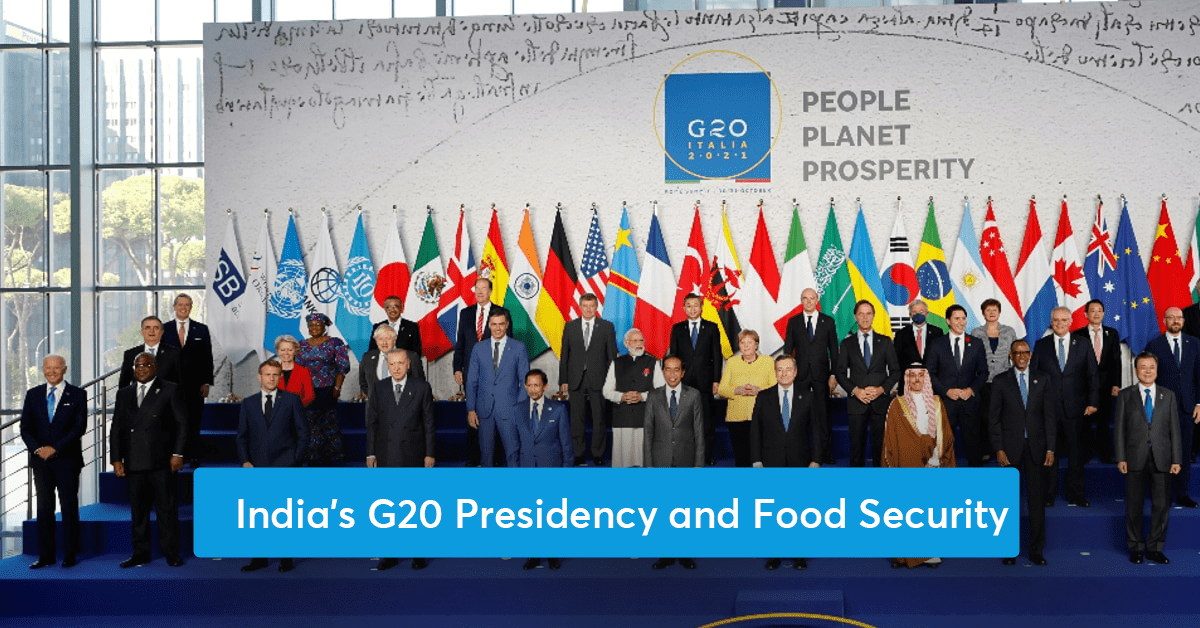 We will discuss India's G20 Presidency and Food Security in our today's edition of Current Affairs. Read further to upgrade your UPSC CSE knowledge and also understand the topic’s relevance to the UPSC syllabus.

About G20, Presidency of the G20, Workings of the G20, Significance of the G20 logo, Issues of Food Security, Global Initiatives to curb Deficit-Food.

Recently the Indian Prime Minister unveiled the logo, theme, and website of India’s G20 presidency, which offers India a historical opportunity to share its successful journey in moving from a food-deficit nation to a food-surplus nation.

India’s journey in the last 50 years provides learning on sustaining growth in foodgrain production and improving the food system. Explain the initiatives taken by the government in this regard and how the G20 presidency brings an opportunity for India. (15 Marks, 250 Words)

Presidency of the G20

Workings of the G20

Significance of the G20 Logo

The G20 brings an opportunity to fast-track the processes and commitments that were started through the pioneering UN Food Systems Summit, for global food systems transformation to achieve the Sustainable Development Goals by 2030.

If you want to enhance your IAS preparation and crack the UPSC CSE examination, download the PrepLadder app and get access to the finest study material curated by India’s top UPSC faculty. You can also join our Telegram channel for UPSC coaching and to stay updated with the latest information about the UPSC exam.