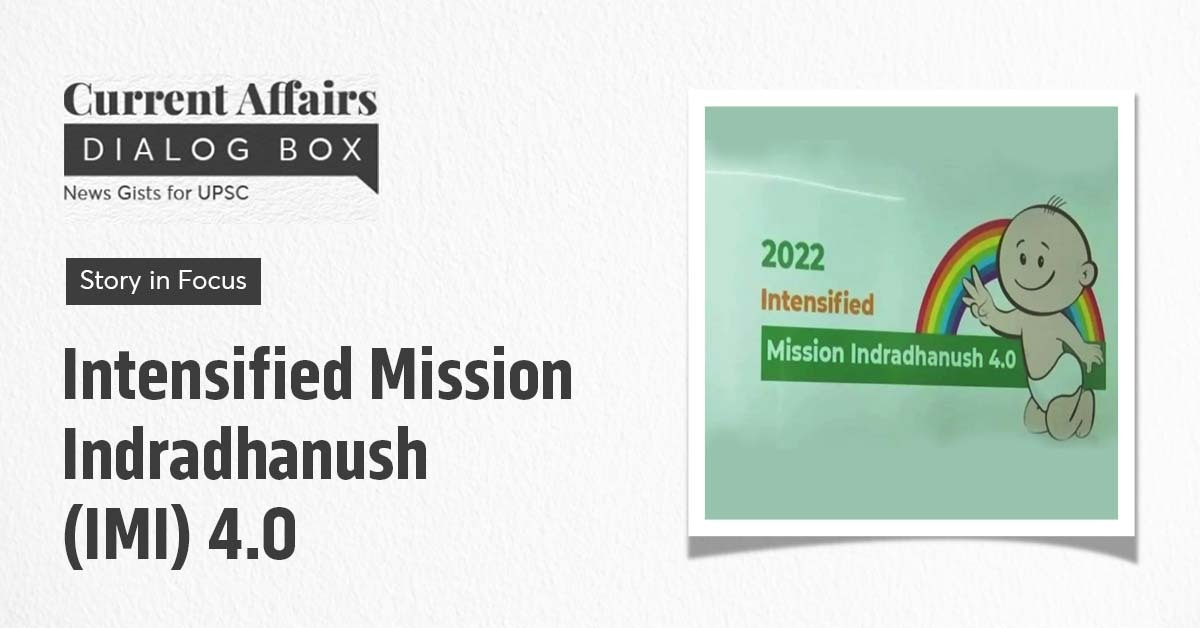 The main aim of Mission Indradhanush and Intensified Mission Indradhanush (IMI) is to boost the routine immunization coverage across the country. The topic holds significant relevance from the perspective of the CSE syllabus and should be given an equal amount of attention during the UPSC exam preparation.

For Mains: Government Policies and Interventions, Welfare schemes for vulnerable sections of the population

Recently, the Ministry of Health has virtually launched the Intensified Mission Indradhanush (IMI) 4.0.

Discuss the significance of Intensified Mission Indhradhanush (IMI) 4.0. Also, critically evaluate how successful have been similar programs in the past.

Also read: How to Prepare for Current Affairs in UPSC

Stay updated with Current Affairs with the video lectures by our DREAM TEAM. Watch, the UPSC video on the ongoing Russia Ukraine conflict by Prem Sodhani Sir, faculty for Current Affairs: