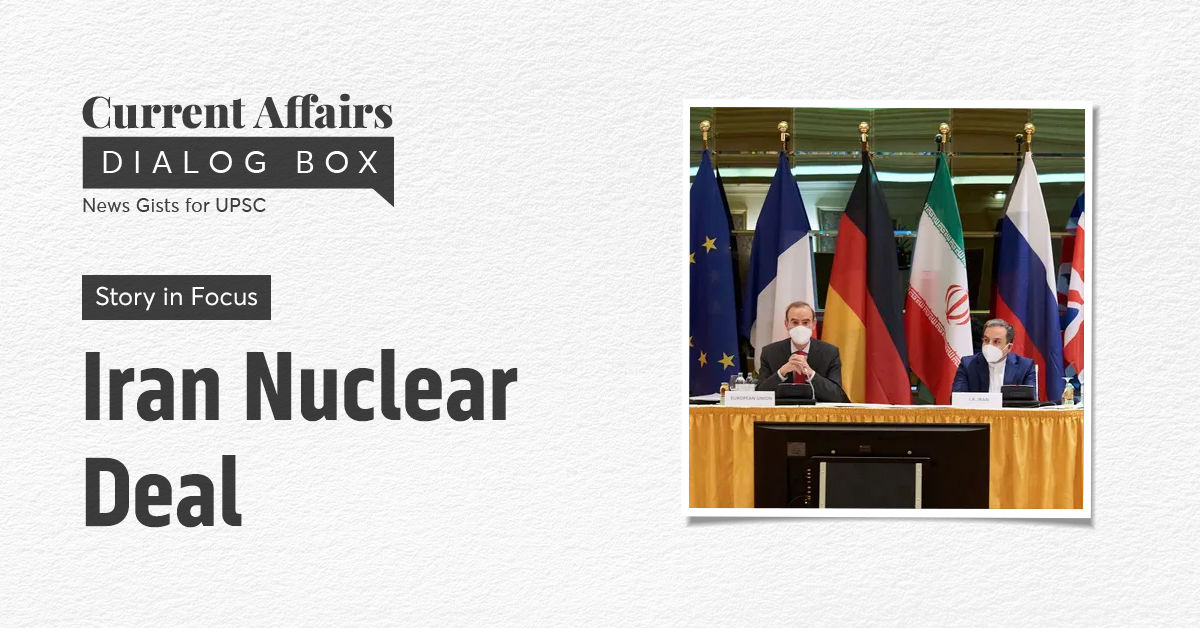 To enhance your UPSC exam preparation, in today’s series of our Current Affairs Dialog box, we will be discussing Iran Nuclear Deal. This essential deal was in news recently.

The efforts towards revival of the Iran Nuclear deal augurs well for India’s interests in the Middle- East. Comment

Also read: How to Prepare International Relations for UPSC Mains

What did Iran get from the deal?

Revival of Deal & Its Implications for India

For more informative articles like this, download the PrepLadder app and get access to well-structured and the most comprehensive study material for Civil Services exam preparation. You can also join our  Telegram channel for UPSC exam preparation to apprise yourself with the latest information about the exam