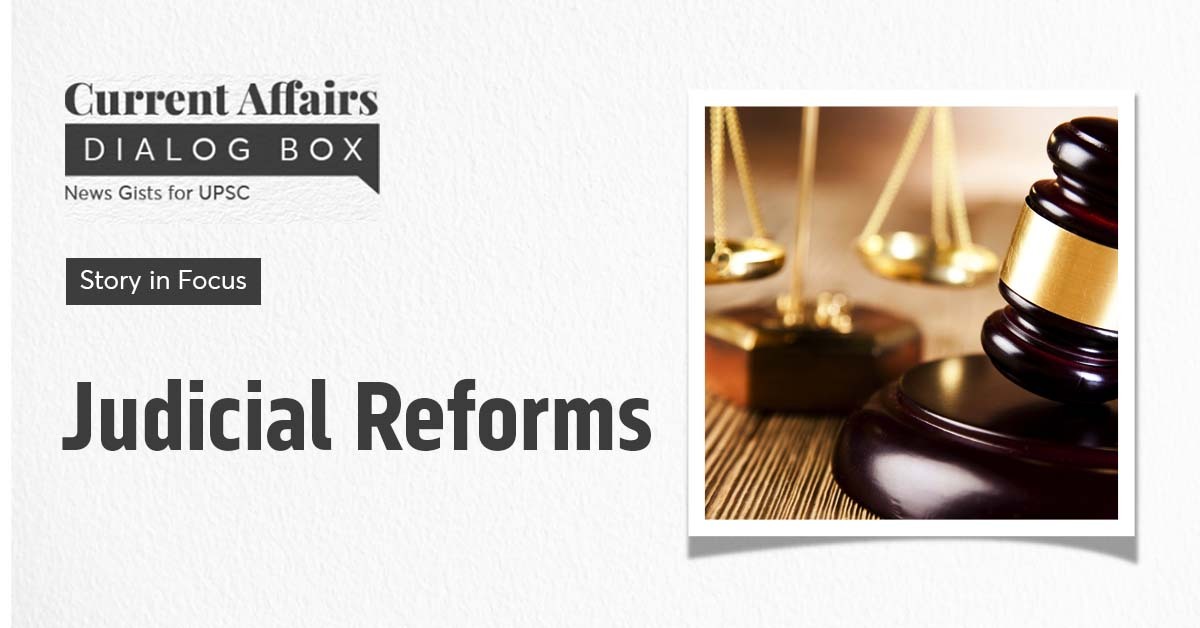 Enhance your UPSC Preparation with our Daily Edition of Current Affairs Dialog Box. Today we will talk about Judicial Reforms in detail. Its relevance to the UPSC CSE syllabus is mentioned below:

Recently, the Chief Justice of India underlined the need to increase the sanctioned strength of judges and fill existing vacancies to address the issue of pendency.

Discuss the major reasons for pendency of cases and steps to rectify them.