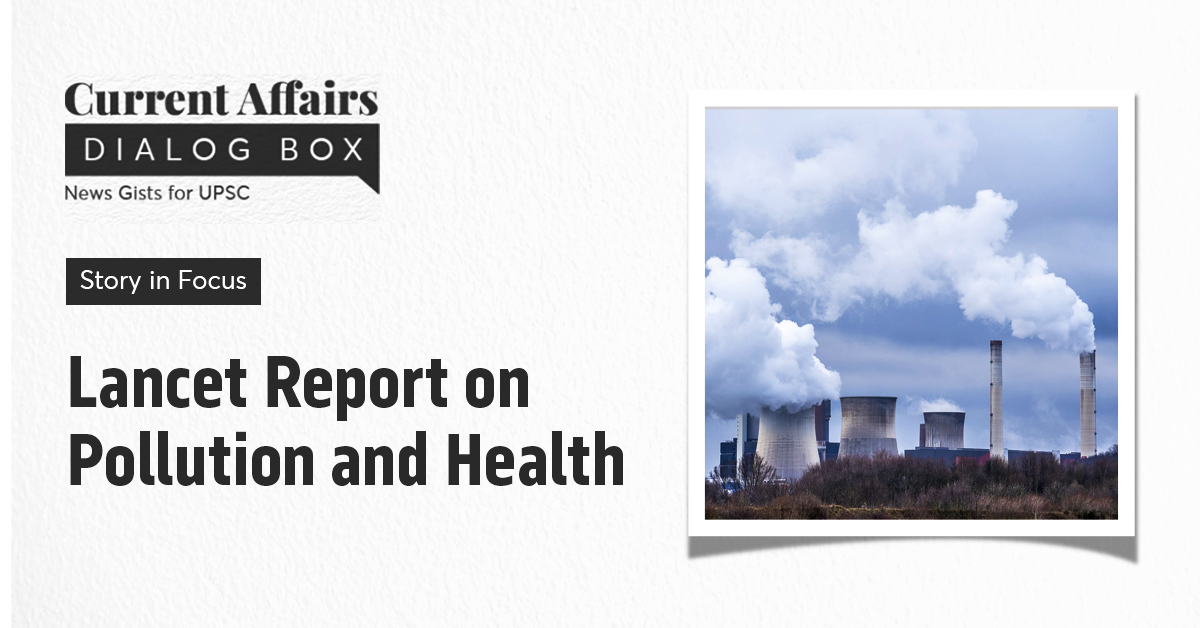 Upgrade your UPSC Preparation with our Daily dose of Current Affairs. In today's edition, we will discuss Lancet Report on Pollution and Health. Check the topic's relevance from the UPSC CSE point of view.

For Mains: Interlink between pollution and health, Ways to tackle the air pollution

Also read about Quad Summit, a crucial topic from the UPSC exam preparation point of view.

Recently, the Lancet Commission on pollution and health reported that air pollution was responsible for 16.7 lakh deaths in 2019 or 17.8% of all deaths in India (2019).

Despite its substantial effects on health, societies, and economies, pollution prevention is largely overlooked in the international development agenda. Comment

What does the report say about the pollution in India?

Watch this video on Economy Topics to focus on for UPSC Preliminary Exam 2022 by Vivek Singh Sir, our Economy faculty:

Factors responsible for the increase in deaths

Pollution and its cost

International organizations need to establish an SPI (Science Policy Interface) for pollution, similar to those for climate and biodiversity, initially for chemicals, waste, and air pollution.