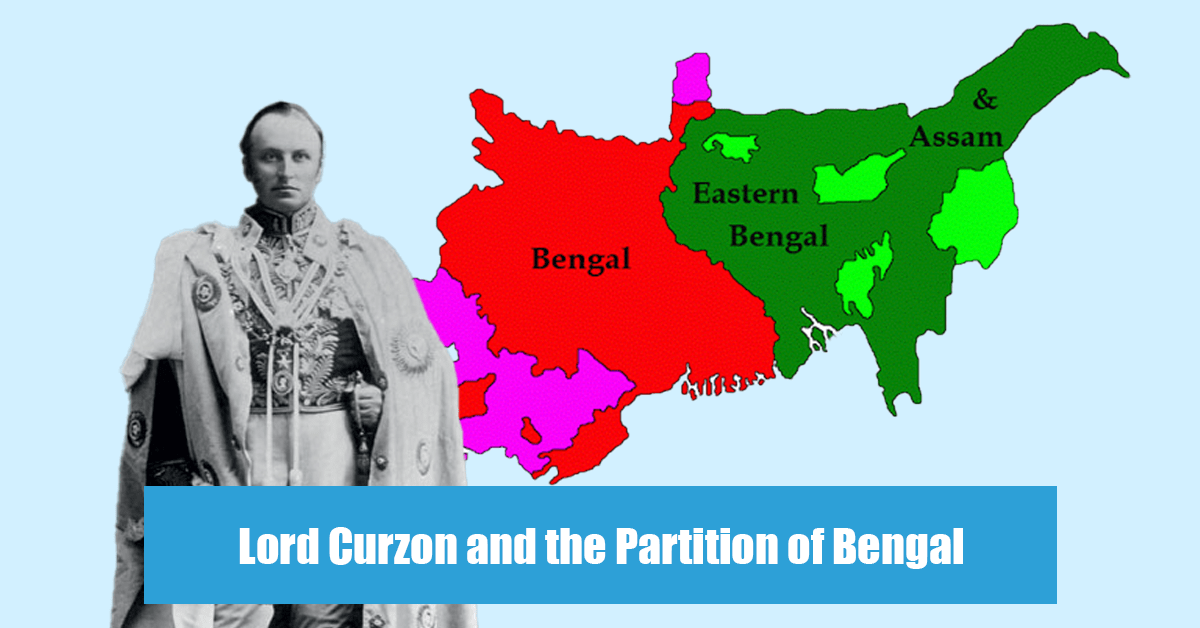 Today’s edition of our Current Affairs will comprise a discussion on  Lord Curzon and the Partition of Bengal. Read further to upgrade your UPSC CSE knowledge and also understand the topic’s relevance to the UPSC syllabus.

Recently, Bardhaman municipality in West Bengal has decided to erect a statue of Bardhaman’s Maharaja Bijay Chand Mahatab and his wife Radharani in front of the 119-year-old Curzon Gate.

Critically analyze the role of Lord Curzon in Administration of British India.

Why was he disliked?

Read yesterday’s edition of current affairs on Flash Floods, in case you missed reading it.

Why did the Partition of Bengal Take Place?

What were the Consequences of the Partition?

Also watch a detailed video on Policy of Subordinate Union by Hemant Jha Sir for Preparation of UPSC: