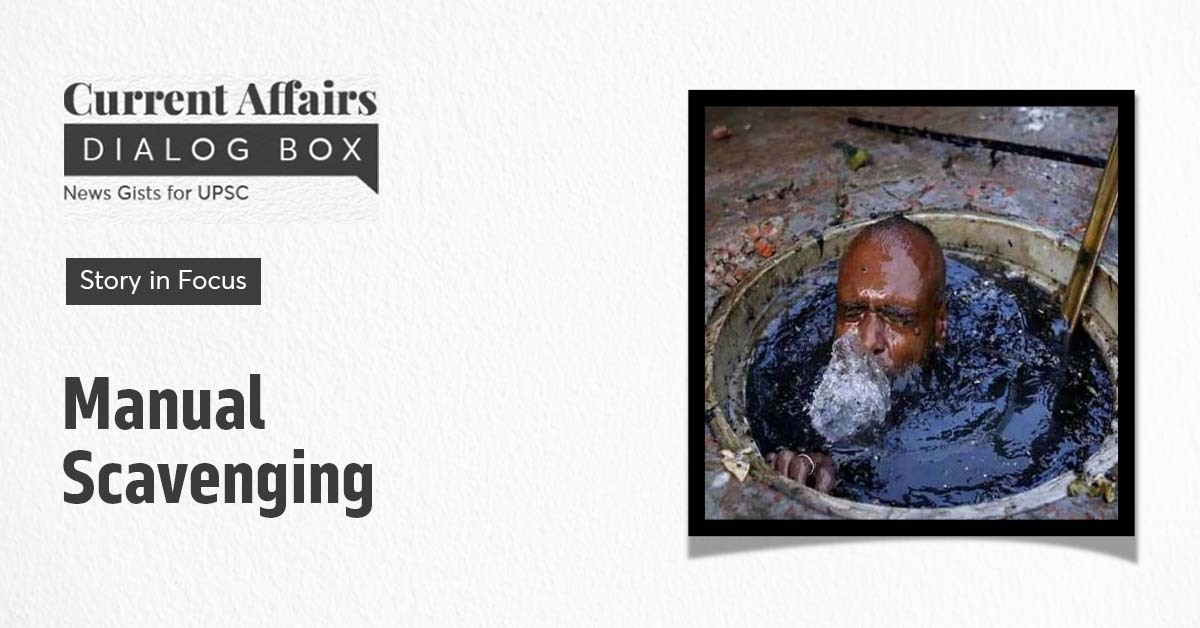 In today's edition of our Current Affairs Dialog box, we will discuss Manual Scavenging and its important points from the UPSC exam preparation point of view.

Why does the dehumanizing practice of manual scavenging persist in India despite a complete ban and strict penal provisions? Examine.

How Serious the Issue of Manual Scavenging is?

Why does Manual Scavenging still persist in India?

Also, watch a detailed video on the Last 3 Month Preparation Strategy for Prelims 2022 by Vivek Singh Sir, our faculty for Economy and enhance your UPSC Preparation:

Steps Taken by the Government to Curb Manual Scavenging

Also read: A Glimpse of What it Takes to Become an IFS Officer- Legends of LBSNAA