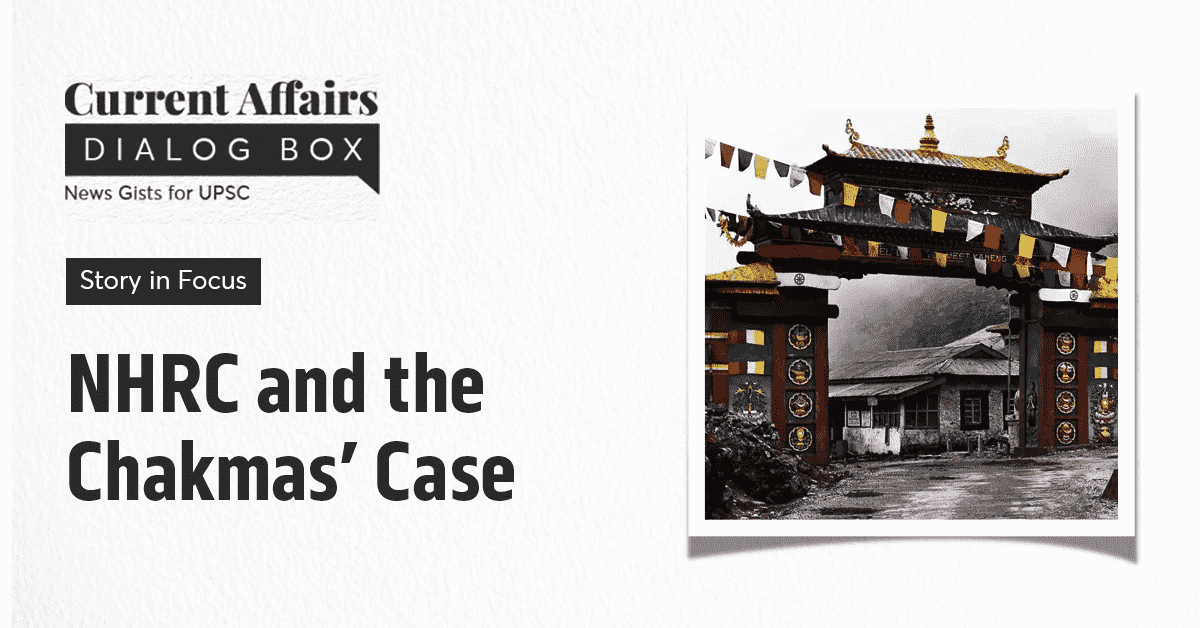 In today’s edition of our Current Affairs Dialog box we will discuss NHRC and the Chakmas’ Case in detail.

Navigate through the article to get useful insights on the topic and enhance your UPSC preparation. Its relevance to the CSE syllabus is mentioned below:

The National Human Rights Commission (NHRC) has taken action by asking the Deputy Commissioner of Arunachal Pradesh’s Changlang district to submit its Action Taken Report (ATR), on the complaint filed by the Chakma Development Foundation of India (CDFI), an NGO, alleging harassment and false prosecution.

Do you think the National Human Rights Commission has been successful in playing its role in protection of human rights in India?

About the Chakma Tribe

The Commission consists of a Chairperson, five full-time Members, and seven deemed or ex officio Members:

Powers and Functions of NHRC

Download the PrepLadder app to study from India’s top UPSC faculty and transform your UPSC preparation from the Beginner level to the Advanced level. You can also join our Telegram channel for UPSC coaching and to stay updated with the latest information about the UPSC exam.