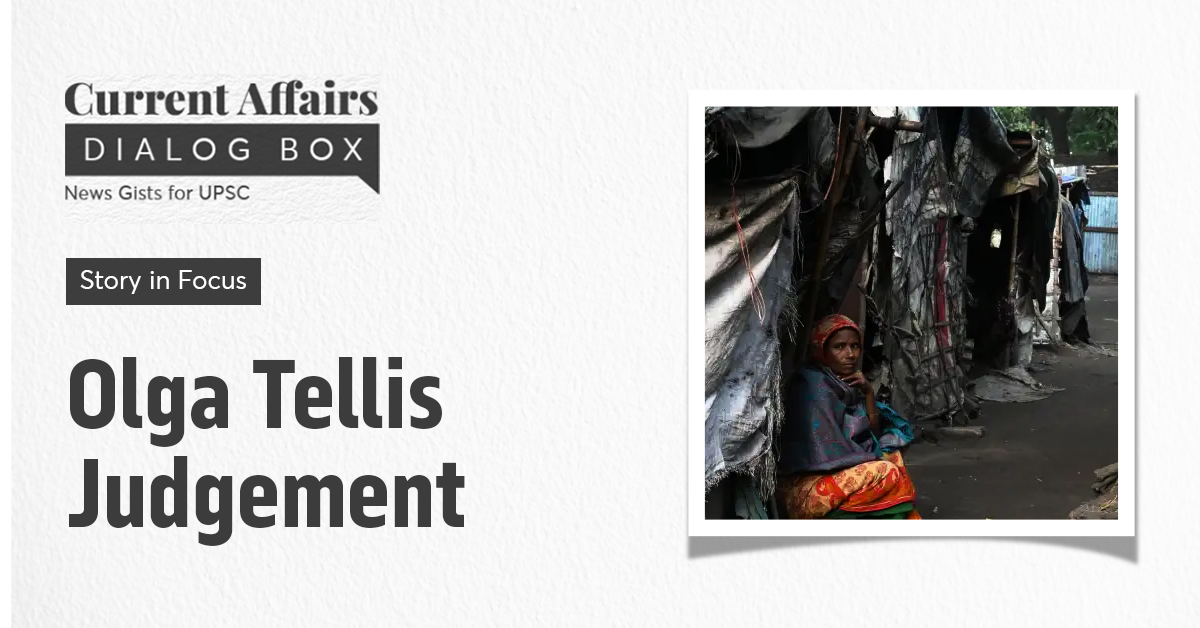 Upgrade your UPSC exam preparation with your daily dose of Current Affairs in our Current Affairs Dialog Box- News Gists for UPSC. In our today’s edition, we will talk about Olga Tellis Judgement. This topic has relevance to the CSE syllabus in the following ways:

Here is yesterday’s edition of the Current Affairs Dialog box in case you missed reading it.

A 37-year-old Constitution Bench judgement of the Supreme Court is of the view that pavement dwellers are different from trespassers.

Examine the fundamental rights enshrined in the constitution in the light of the Olga Tellis Judgement given by the Supreme Court.

The case started in 1981 when the State of Maharashtra and the Bombay Municipal Corporation decided that pavement and slum dwellers in Bombay city should be evicted and “deported to their respective places of origin or places outside the city of Bombay.”

What were the questions discussed before the Supreme Court?

What was the State Government’s defence?

How did the Supreme Court rule on various questions involved in the Case?