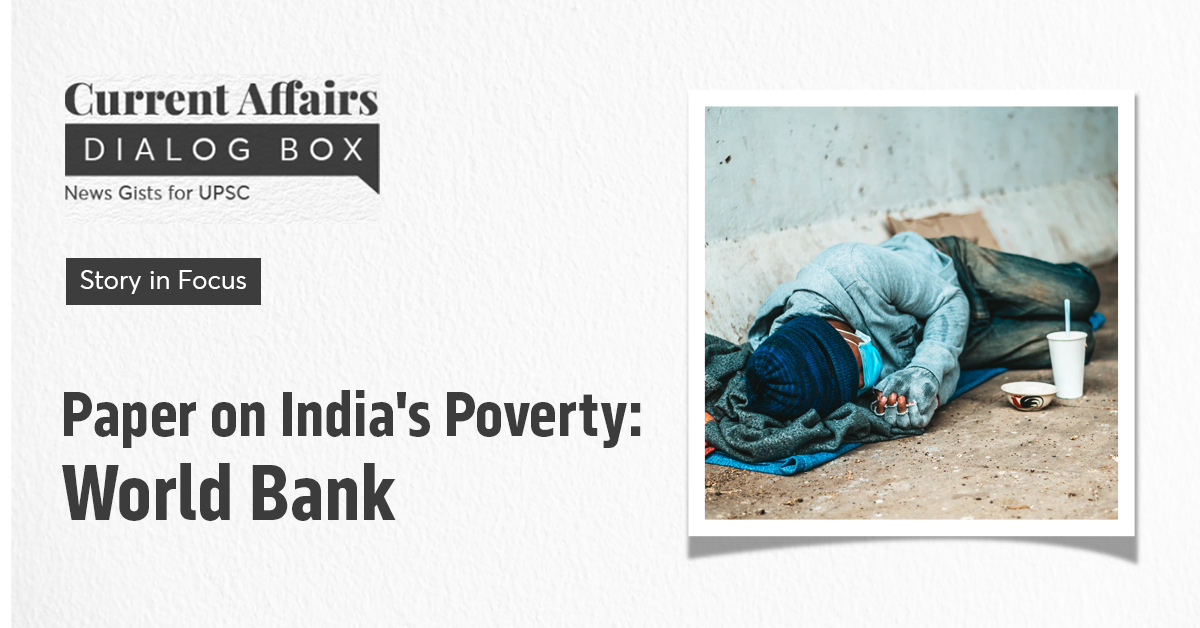 Today we will talk about Paper on India's Poverty: World Bank, in our daily edition of Current Affairs Dialog box. Read the blog to enhance your UPSC exam preparation and also find the topic's relevance from CSE point of view.

Recently, the World Bank has released a paper titled, ‘Poverty in India Has Declined Over The Last Decade But Not As Much As Previously Thought’.

Discuss the underlying issues that contribute to the prevalence of poverty in India and provide strategies for accelerating poverty elimination in a sustainable way.

Key Highlights of the Report

Take your UPSC CSE preparation to another level with our Prelims Booster series. Watch a detailed video on NEWS on World Trade Organization by Prem Sodhani sir, our Current Affairs faculty:

The World Bank paper is a significant indicator of India’s poverty levels as the country itself has no recent official estimation.