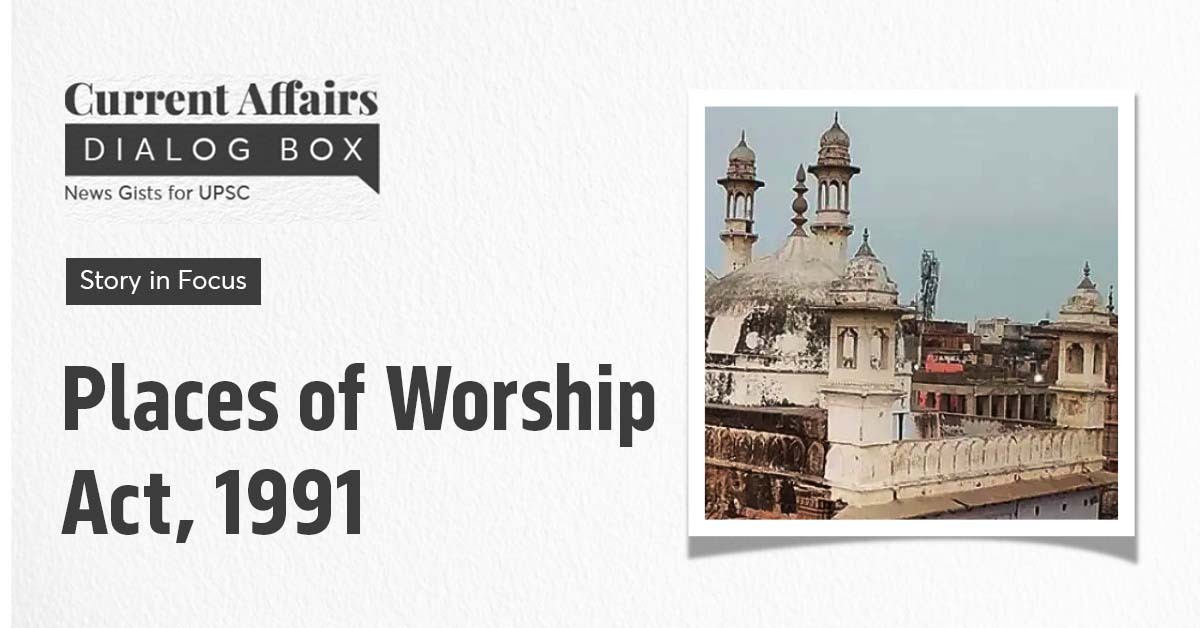 Accelerate your UPSC exam preparation with our daily edition of Current Affairs Dialog Box. In today’s edition, we will talk about the Places of Worship Act, 1991 and how it is related to the UPSC CSE syllabus.

Read to enhance your IAS Preparation.

Recently, the Supreme Court has asked the Varanasi district magistrate to secure the area where a Shivling was claimed to have been found during a videographic survey of the Kashi Vishwanath temple-Gyanvapi mosque complex.

What does the Places of Worship Act, 1991 say? Discuss the criticism surrounding the law.

Provisions of the Places of Worship (Special Provisions) Act, 1991