Recognition of Sex Work as a Profession- UPSC Current Affairs 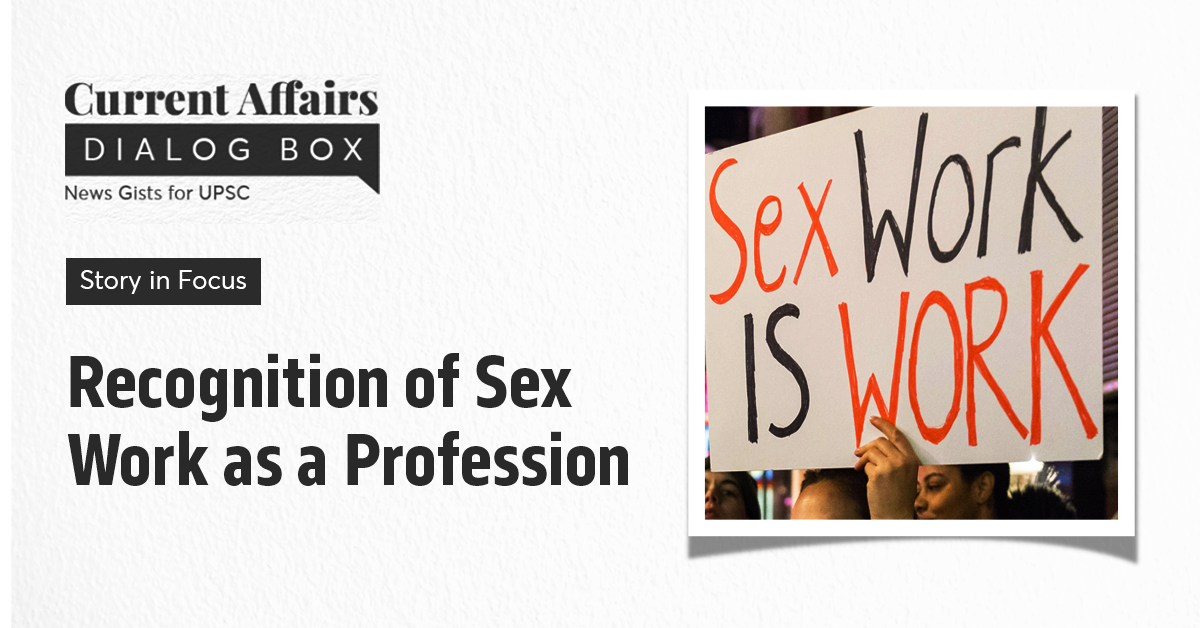 Upgrade your UPSC CSE preparation with our Daily dose of Current Affairs. Today’s edition will discuss Recognition of Sex Work as a Profession. Check the topic’s relevance from the UPSC CSE point of view.

Recently, the Supreme Court recognized sex work as a profession and said that sex workers are entitled to dignity and equal protection under the law.

Also, read about the Assam NRC, a crucial topic from the UPSC exam preparation point of view.

Countries that have Legalized Prostitution

With the order, the Supreme Court hopes to reduce the stigma that is attached the profession of prostitution.