All You Need to Know About Reintroduction of Cheetah in India 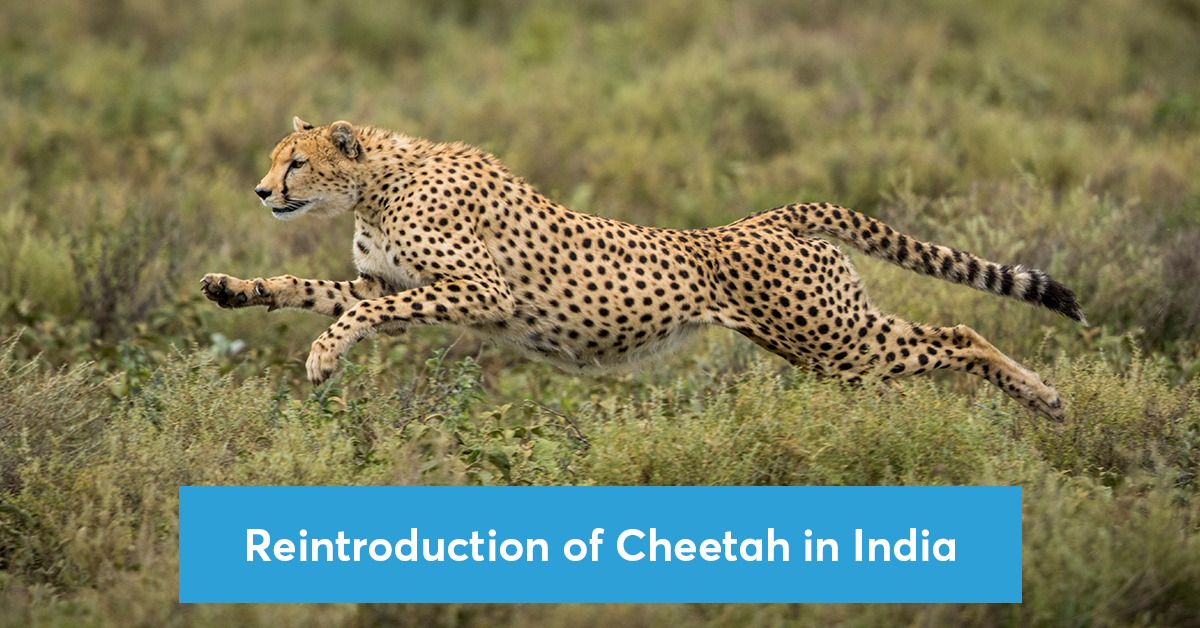 Today we will discuss Reintroduction of Cheetah in India in our daily edition of Current Affairs. Read further to upgrade your UPSC CSE knowledge and also understand the topic’s relevance to the UPSC syllabus

Assess the extent of extinction of  fauna and flora in the Indian sub-continent. Suggest measures to prevent future extinction and conservation.

The first ever transcontinental mission to introduce African cheetahs in the wild is on the way with Cheetah being transferred via airplane from Windhoek, Namibia, to Kuno National Park, Madhya Pradesh.

Also Read: Bring Back the Cheetah

Download the PrepLadder App to study from India’s Top UPSC Faculty and transform your UPSC Preparation from the Beginner level to the Advanced level. You can also join our Telegram channel for IAS Preparation and to stay updated with the latest information about the UPSC exam.