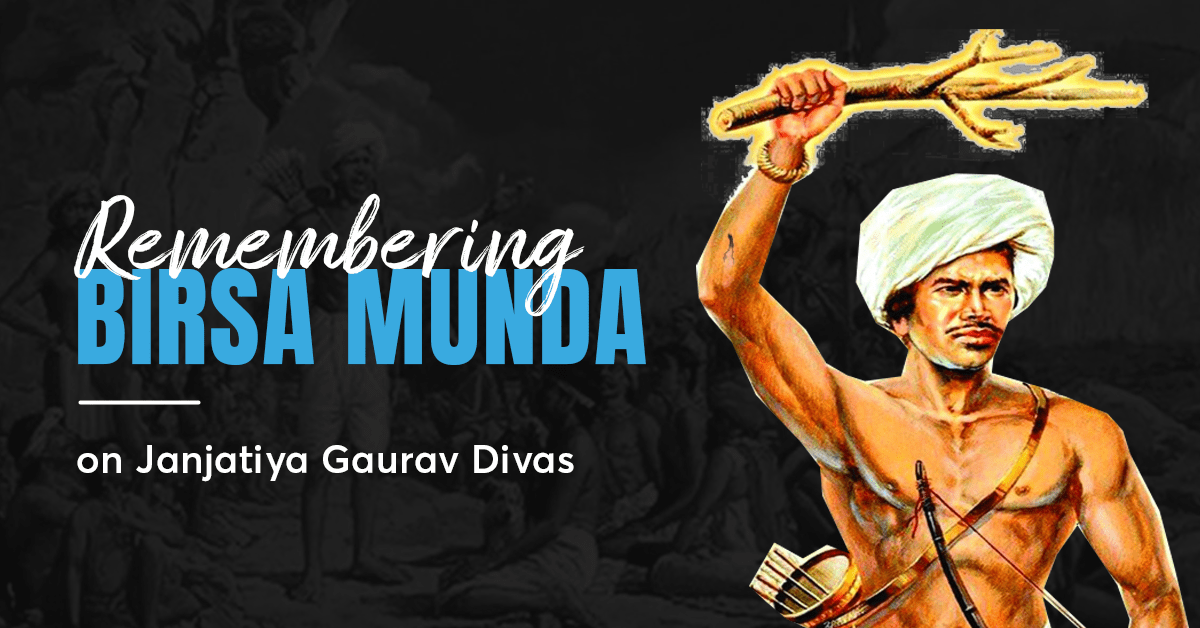 Today’s edition of our Current Affairs will comprise a discussion on Remembering Birsa Munda on Janjatiya Gaurav Divas. Read further to upgrade your UPSC CSE knowledge and also understand the topic’s relevance to the UPSC syllabus.

For Prelims: History of India and Indian National Movement

Recently, the Indian Prime Minister paid tributes to Bhagwan Birsa Munda on his birth anniversary on 15th November, a day which is also celebrated as Janjatiya Gaurav Divas.

What motivated Birsa Munda to start Munda Rebel, and also what was the outcome of the rebellion? Explain. (10 marks, 150 words)

He is one of the Tallest icons of Our Freedom Movement.

Watch this video where Hemant Jha sir shares some effective tips and valuable strategies to crack UPSC CSE in just one year: