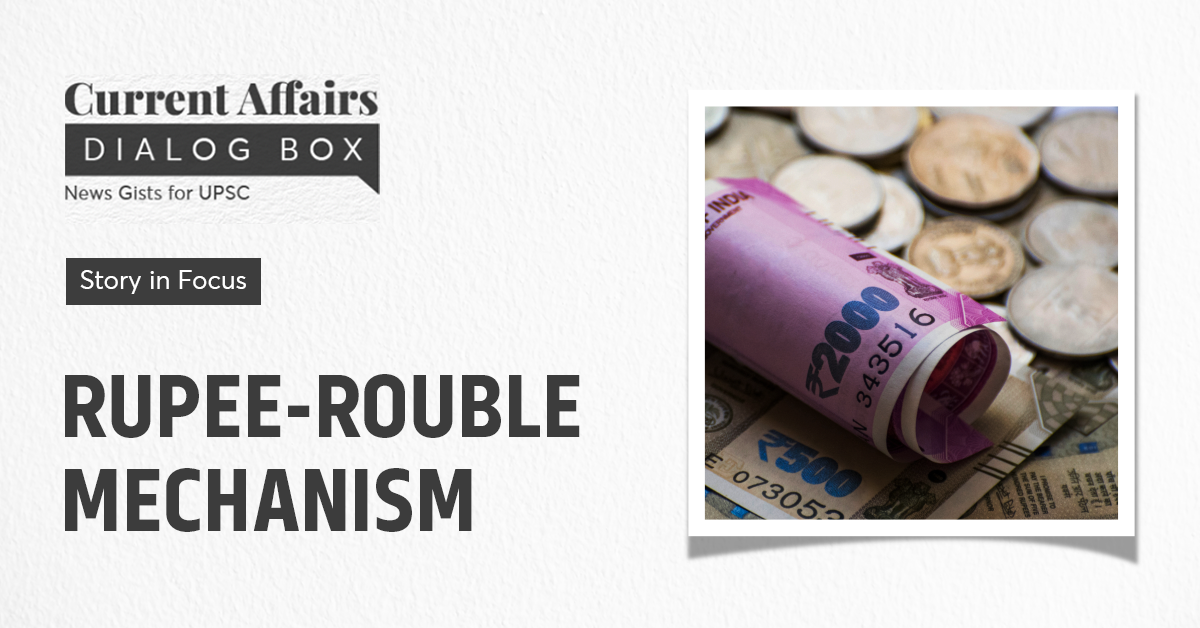 Today we will talk about the Rupee-Rouble Mechanism in our daily edition of the Current Affairs Dialog box. Navigate through the blog to enhance your UPSC Exam Preparation and also get an idea of the topic’s relevance to the CSE syllabus.

Click here to read yesterday’s edition of the Current Affairs

India is considering reviving the Rupee-Rouble mechanism with Russia to facilitate trade in the wake of ongoing Russia-Ukraine Conflict.

The revival of the Rupee-Rouble mechanism with Russia is fraught with challenges.

How Important is the Rupee-Rouble Mechanism for India?