Satellite Phones: What are they, and why is their use restricted in India? 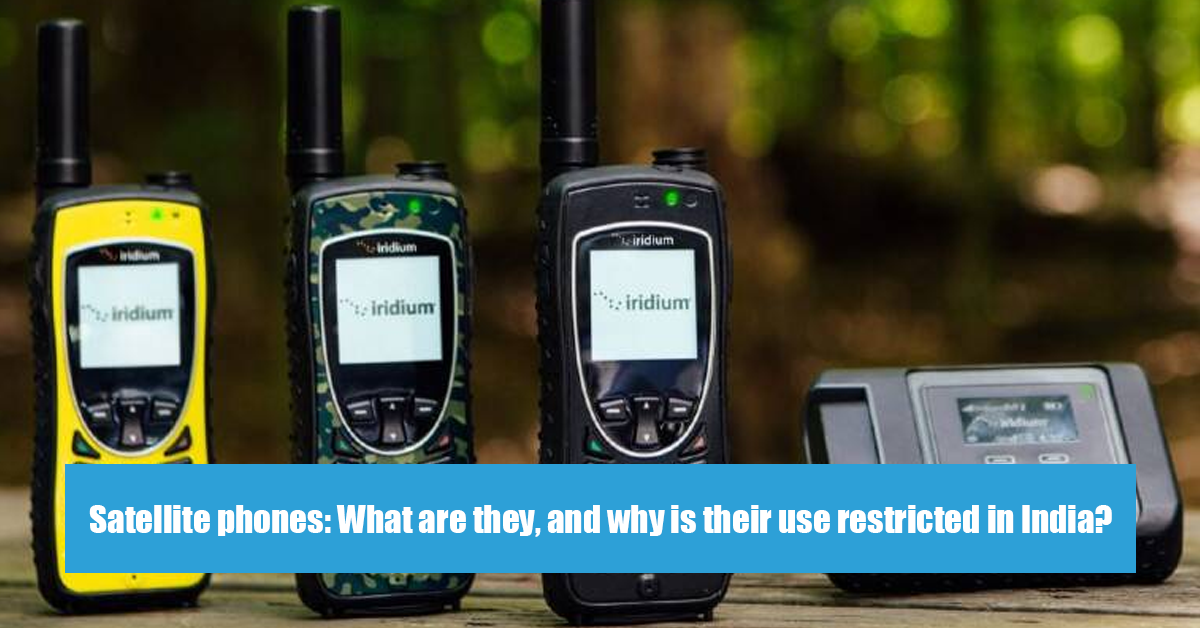 Our today's edition of Current Affairs is here and it is on Satellite Phones. We will discuss what are Satellite phones and why is their use restricted in India?

The recent case of arrest of a senior executive of a Saudi Arabian oil company due to an unauthorized satellite phone under sections of the Indian Telegraph Act and the Indian Wireless Telegraphy Act, has bought satellite phones into the news.

Missed our yesterday's edition of Current Affairs, don't worry! You can read it here on FATF's Grey List.

Illegality for Carrying a satellite Phone in India

Watch this video to enhance your UPSC CSE preparation.