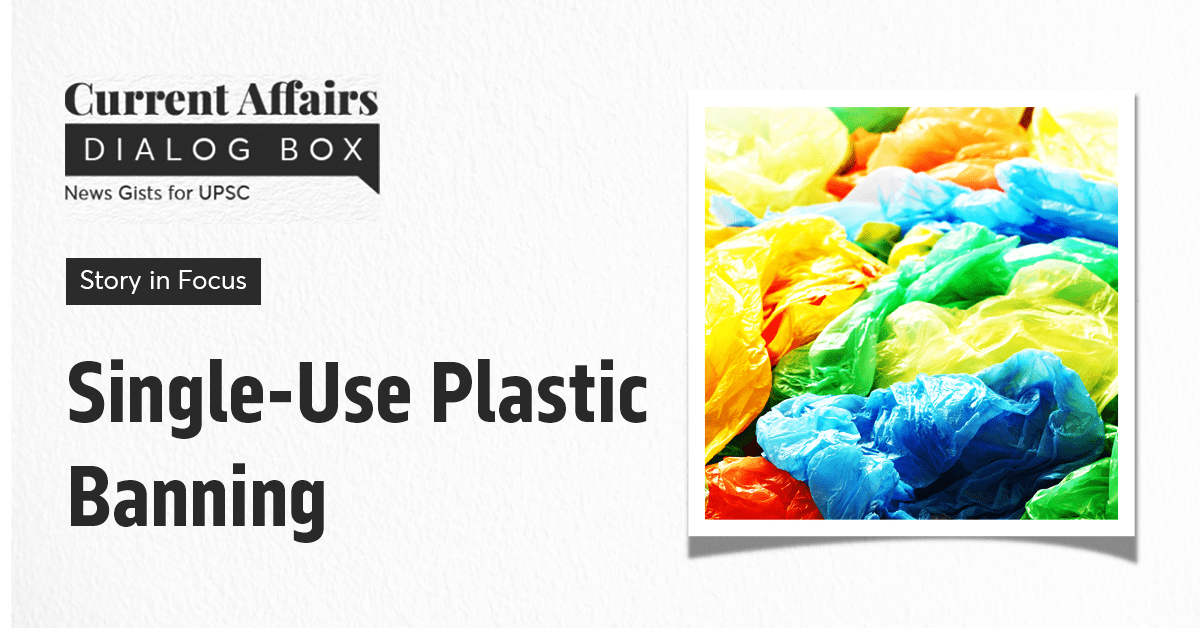 Here is our today’s edition of the Current Affairs Dialog box, wherein we will discuss Single-Use Plastic Banning. Navigate through the article to understand the topic in detail and enhance your UPSC CSE Preparation Online.

For Mains: Reasons for banning Single use Plastic, International Initiatives

The Ministry of Environment, Forest and Climate Change has decided to ban the manufacture, import, stocking, distribution, sale, and use of identified single-use plastic items, which have low utility and high littering potential from July 1, 2022.