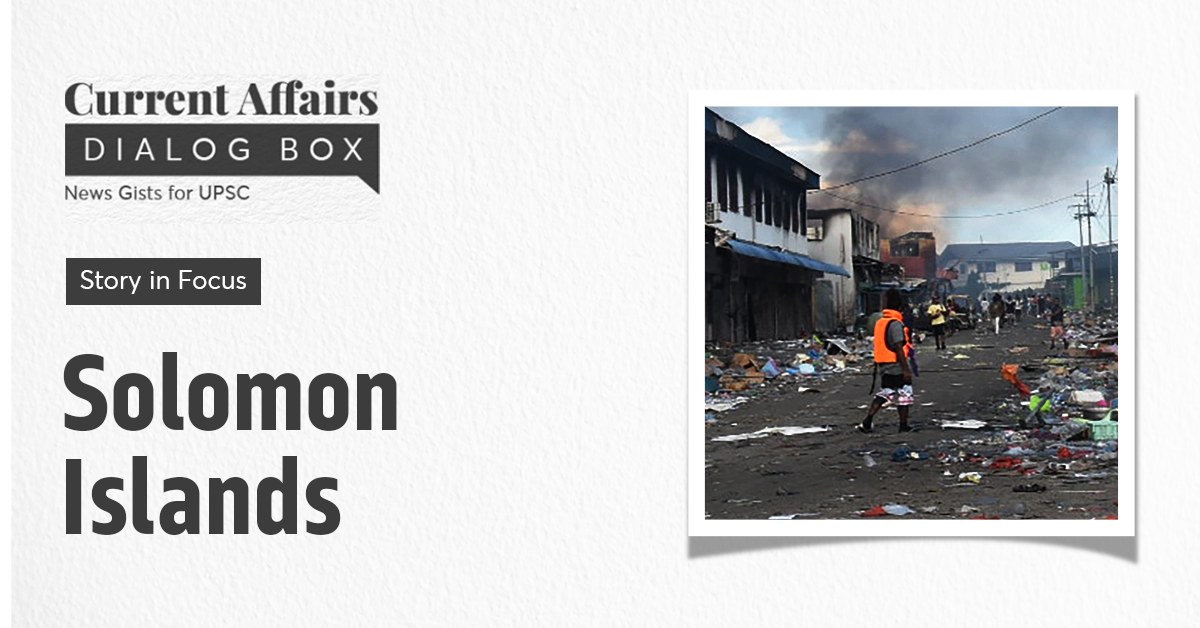 Check out the topic's relevance to the CSE syllabus below:

For Mains: Security agreement between China and Solomon Island and its Geopolitical Configuration in the region.

Recently, China and the Solomon Islands have signed an inter-governmental framework agreement on security cooperation.

The geopolitics of the region is undergoing an unprecedented flux in tandem with the larger shifts in the Indo-Pacific. Comment

Concerns Raised by other Countries

Take your UPSC CSE preparation to the next level with our Prelims Booster series. Watch this detailed video on Antarctic Ozone Hole by our Current Affairs faculty, Prem Sodhani Sir:

Reason for China’s Interest in the Solomon Islands

What does this mean for the Established Geopolitical Configuration in the Region?