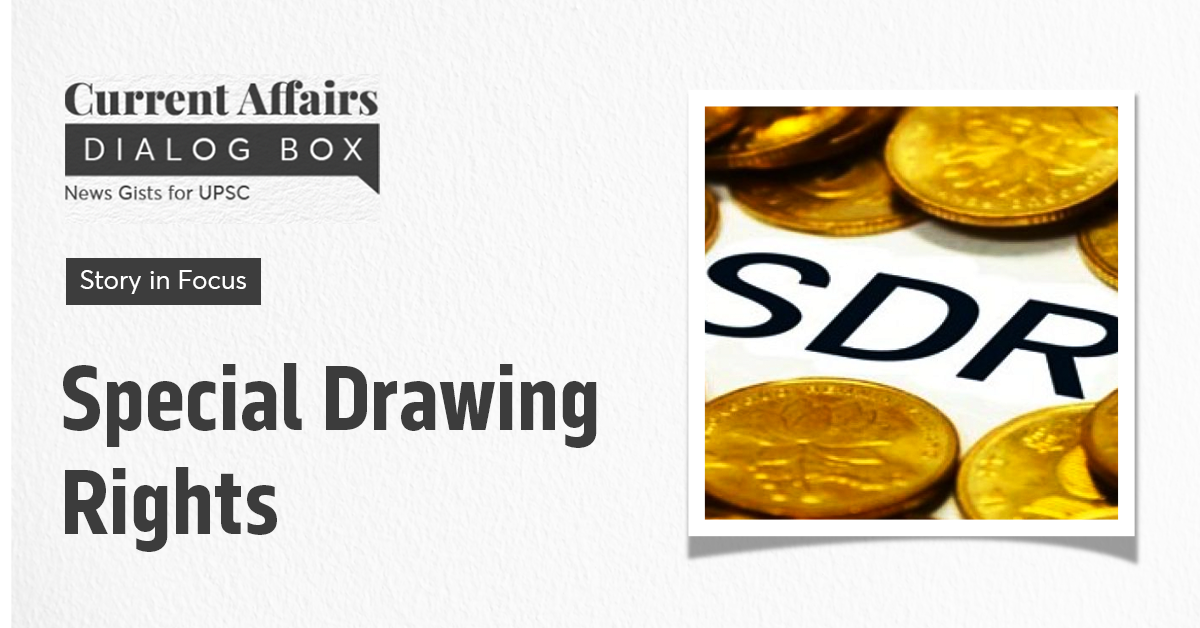 In today's edition of our Current Affairs Dialog box, we will discuss Special Drawing Rights. Navigate through the blog to understand the topic in detail and enhance your UPSC Preparation. Also, we have listed the topic's relevance to the UPSC syllabus.

The International Monetary Fund lifted the yuan’s weighting in the Special Drawing Rights (SDR) currency basket, prompting the Chinese central bank to pledge to push for a further opening of its financial markets.

SDR as a Paper Gold

Why were SDRs created by the IMF?