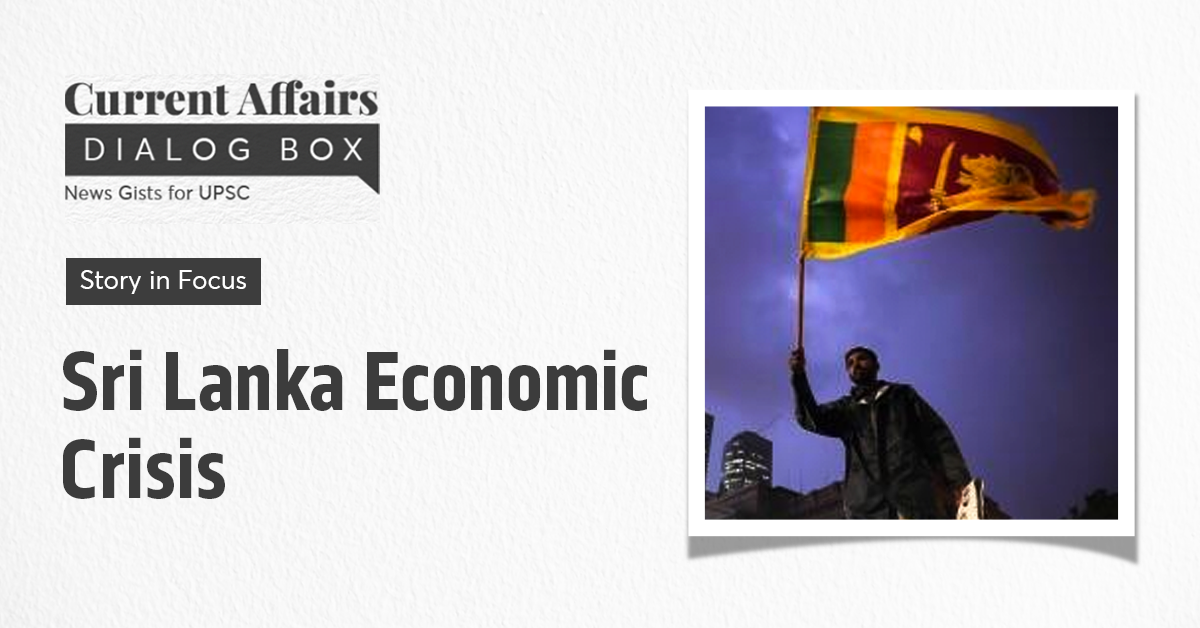 Today we will talk about the Sri Lanka Economic crisis in our daily edition of the Current Affairs Dialog box. Navigate through the blog to enhance your UPSC exam preparation and also get an idea of the topic’s relevance to the CSE syllabus.

For Mains: India and its Neighborhood Relations.

Click here to read yesterday’s edition of the Current Affairs

Sri Lanka is facing an economic and political crisis, with protesters taking to the streets in defiance of curfews and cabinet ministers resigning en masse.

The Sri Lanka crisis presents an opportunity for India to regain strategic space in the island nation. Comment

What has been Sri Lanka’s Government's response?

India’s Assistance to Sri Lanka in tackling the Economic Crisis