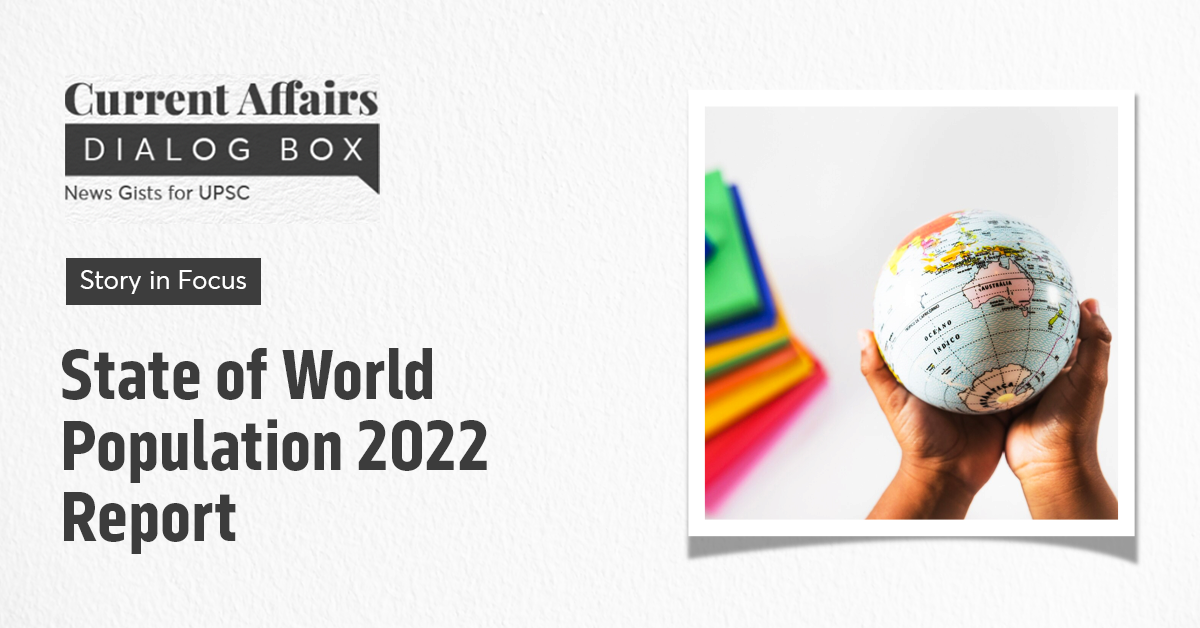 Enhance your UPSC exam preparation with our daily edition of the Current Affairs Dialog box wherein we discuss crucial topics that have relevance to the UPSC CSE syllabus. In our today's edition, we will talk about the State of World Population Report 2022.

For Mains: Issues Related to Women, Population and Associated Issues

What are some challenges in addressing maternal mortality in India? Do you think the ongoing government interventions address these challenges effectively? Critically examine.

Key Findings of the Report

Key Factors that can Contribute to Unintended Pregnancies

Download the PrepLadder app for more informative articles like these and get access to well-structured and the most comprehensive study material for Civil Services exam preparation. You can also join our Telegram channel for UPSC preparation to apprise yourself with the latest information about the exam