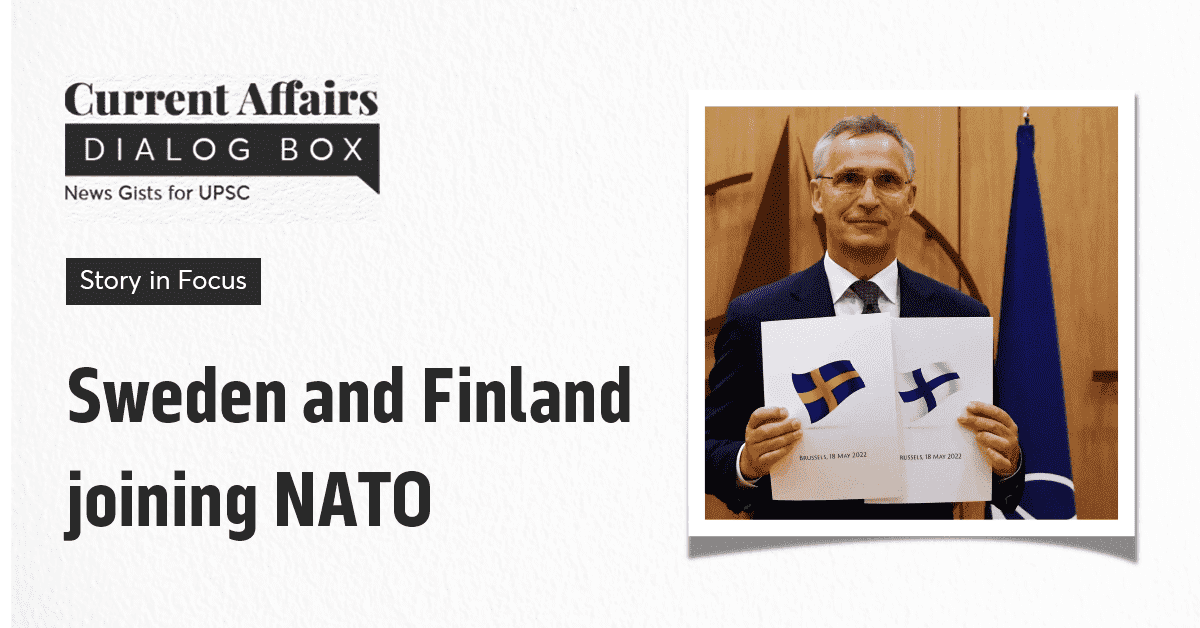 In today’s edition of our Current Affairs Dialog box, we will discuss Sweden and Finland joining NATO. Navigate through the blog to understand the topic in detail and enhance your UPSC CSE Preparation Online.

The crucial topic has its relevance to the UPSC CSE syllabus.

Turkey has made peace with Sweden and Finland on joining NATO by signing the memorandum of understanding (MoU).

How Does a Country Joins NATO?

Article 10 of NATO’s founding treaties allow the new members to join NATO with a unanimous agreement with all the existing allies. There is a five-step process to join NATO:

If you are preparing for UPSC CSE ,then this video by Sharad Tripathi sir will help you immensely in planning and strategizing your preparation:

MOU between Turkey, Sweden and Finland