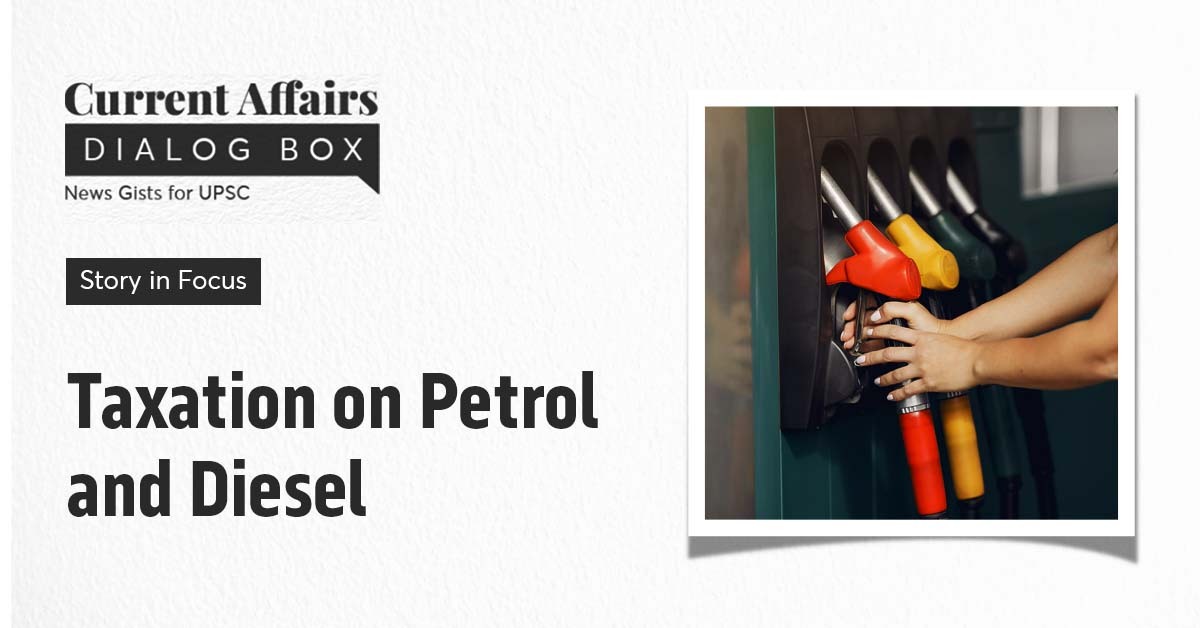 Here’s our today’s edition of the Current Affairs Dialog box wherein we will throw light on the Taxation on Petrol,Diesel. Navigate through the blog to know more about the topic and upgrade your preparation with useful insights.

Mains: Government Policies and Interventions for Development in various sectors and Issues arising out of their Design and Implementation.

In the past few months, retail prices of petrol and diesel have consistently increased to all-time high levels.

Examine the reason for High Oil Prices and suggest the way out to stabilise them.

Components of Retail price of Petrol and Diesel

How are Oil prices calculated?