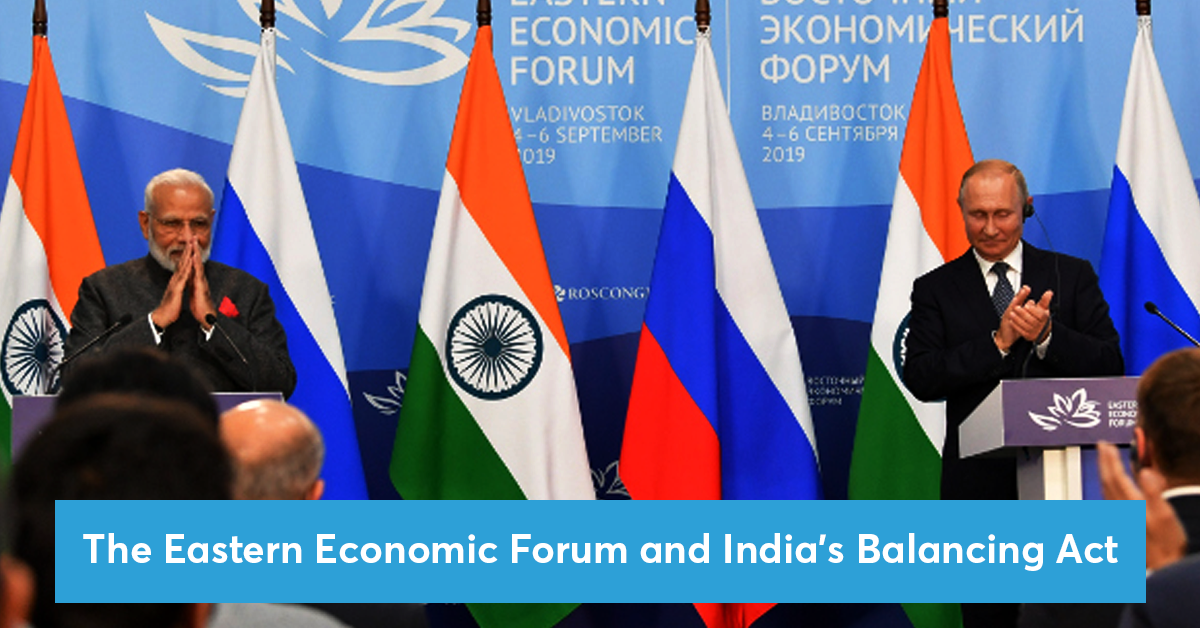 Upgrade your UPSC CSE preparation and knowledge base with our daily edition of Current Affairs wherein we discuss topics that are making news at the national and international level. In today's edition, we will talk about The Eastern Economic Forum and India's Balancing Act and also find its relevance to the UPSC CSE syllabus.

Russia hosted the seventh Eastern Economic Forum (EEF) at Vladivostok.The four-day forum is a platform for entrepreneurs to expand their businesses into Russia’s Far East (RFE).

Can proactively taking a part in both, the Eastern Economic Forum (EEF) and Indo-Pacific Economic Framework (IPEF), be considered a balancing act for India?

Major Actors in the Forum and their Interests?

Will India be able to achieve a balance between the EEF and the Indo-Pacific Economic Framework for Prosperity (IPEF)?

Download the PrepLadder app to study from India's top UPSC faculty and transform your IAS preparation like never before. You can also join our Telegram channel for IAS exam preparation and to stay updated with the latest information about the UPSC exam.