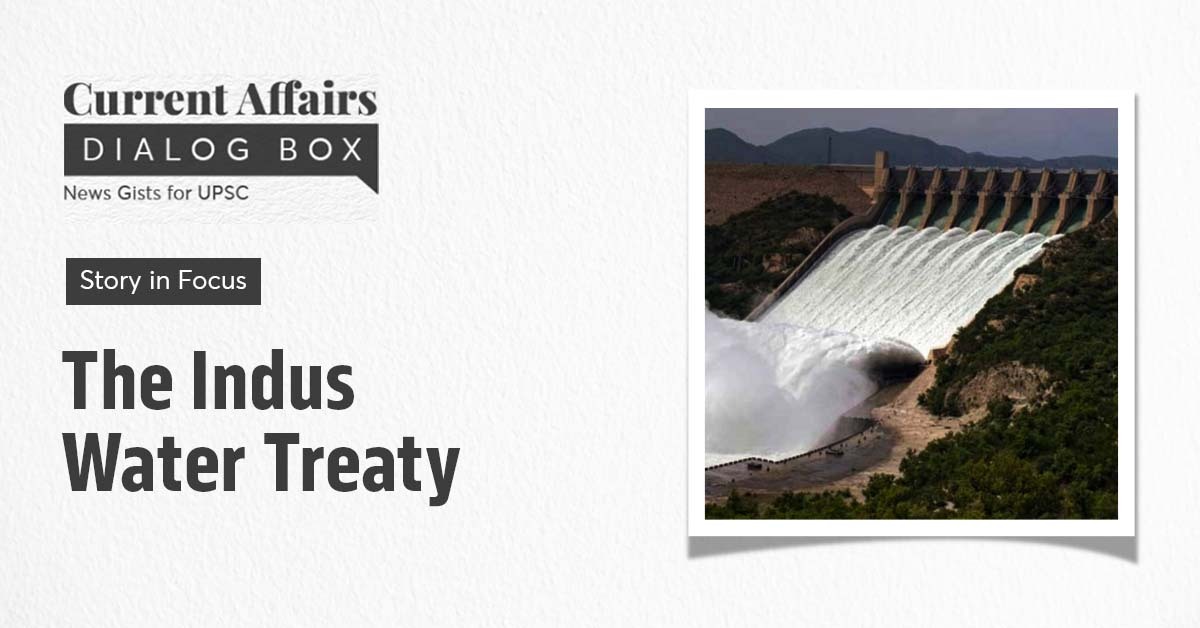 In today’s series of our Current Affairs Dialog box, we will discuss the Indus Water Treaty, its background, key points, and its relevance from the CSE syllabus and its importance in the UPSC exam preparation.

Mains: India and its Neighborhood - Relations.

Recently, a delegation from India visited Pakistan to attend the 117th meeting of the Permanent Indus Commission.

Examine the provisions of the Indus water treaty and highlight the point of contention between India and Pakistan over it.

Also read: How to Prepare International Relations for UPSC

Also, watch the Revision Strategy for UPSC Prelims 2022 by Vivek Singh Sir, our faculty for Economy and ace your CSE preparation: